5000 buses pass through the Central Bus Station daily, through raised bridges crossing residential areas, emitting hazardous fumes into the air. a single official pollution detection system, fails to specify different areas of pollution around the station and its data isn’t reachable. residents claim cancer and disease is higher than normal, while claims for 73% deviation from legal pollution levels has been recorded. The city and state numbers avoid any response to such claims. Artist David Reichmann Gibbs, working in a studio within the station, addresses this issue is a 3 part installation:

During the 19th century miners would have entered the dangerous mines with a cannery in a small cage. If dangerous gases such as methane or carbon monoxide leaked into the mine the gases would kill the canary before killing the miners, thus providing a warning to exit the tunnels immediately. In language the idiom “cannery in a coal mine” is often used to express something whose sensitivity to adverse conditions make it a useful early indicator of such conditions. 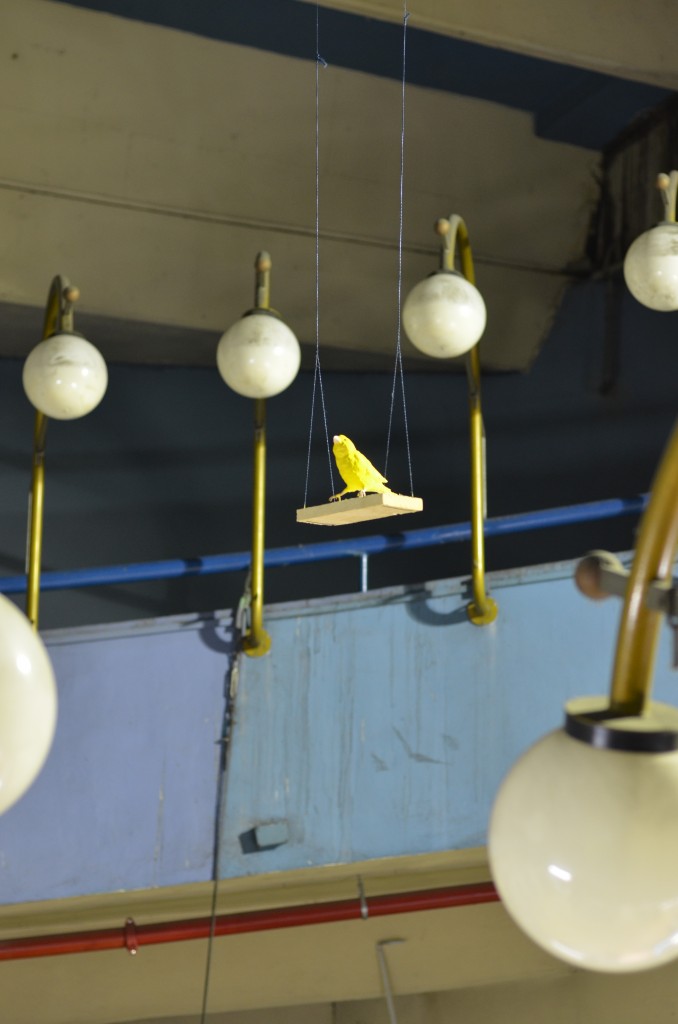 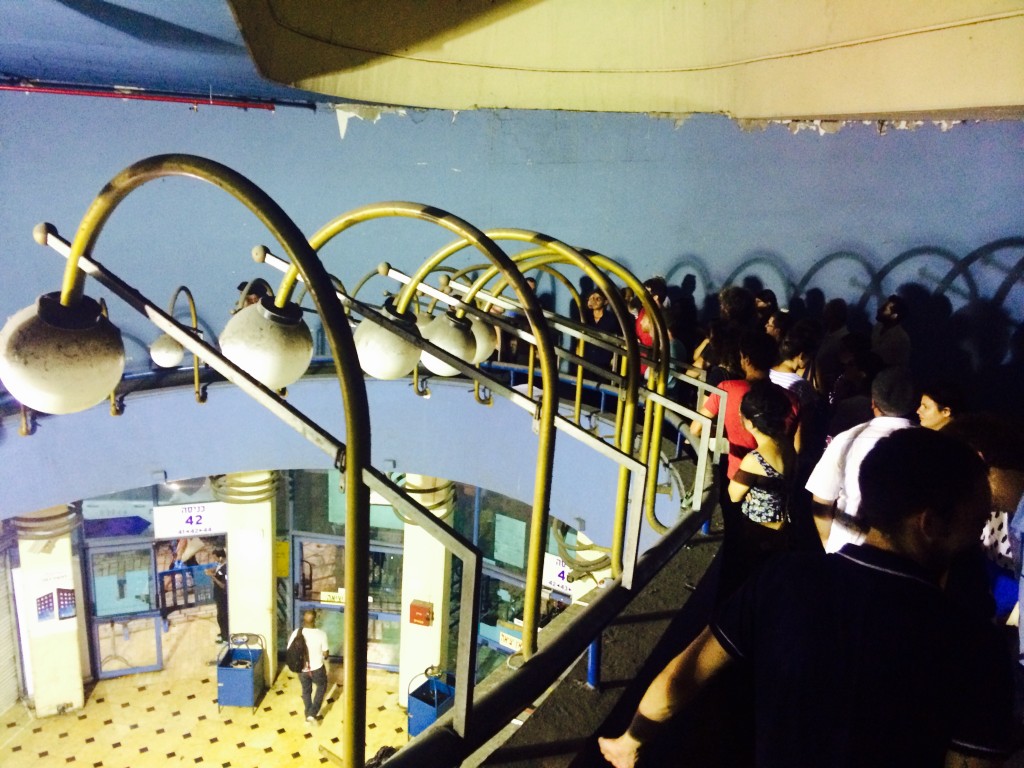 A self made measuring device designed to visualize the amount of particles of dust in the air around and inside the station. This simple device consists of two sheets of paper laid together, the top sheet with a cut out circular hole exposing the paper underneath. After a certain length of time the top sheet of paper is removed leaving a circular mark (imprint) of the fallen amount of dust during the period of time that has passed. 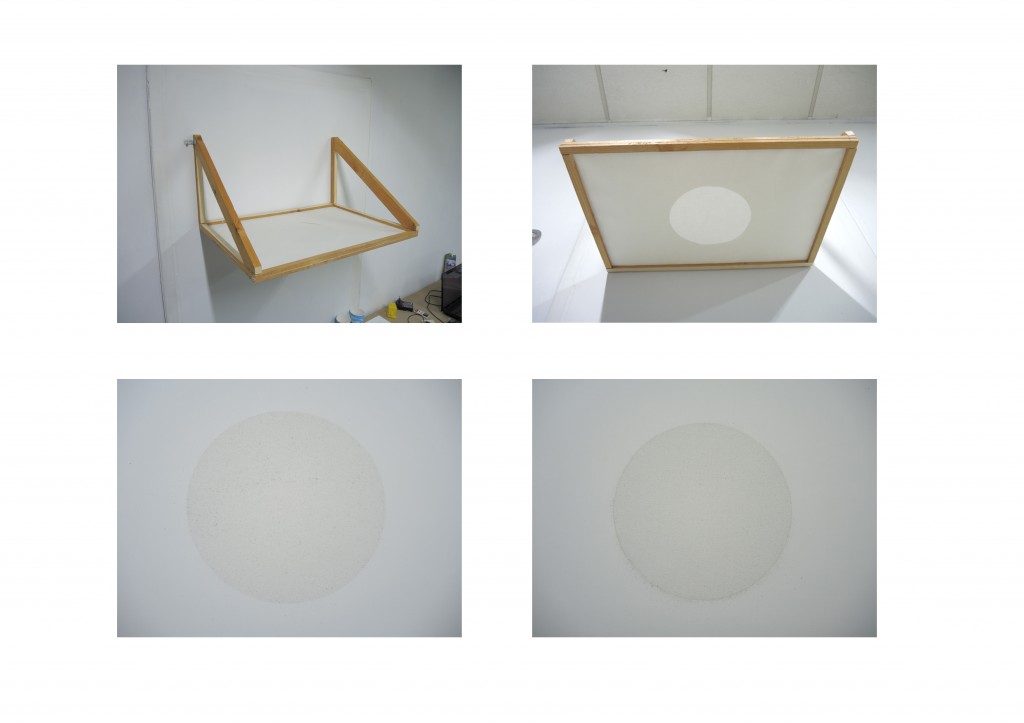 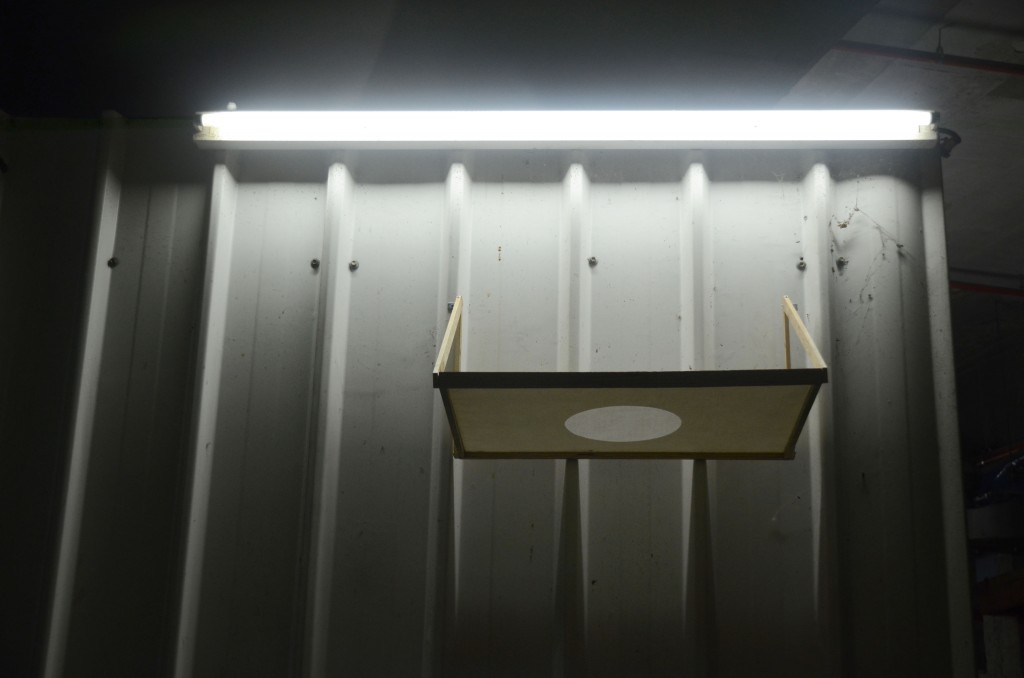 Brownian motion. Equation.
Defining the random motion of particles suspended in a fluid or gas state. Observed when sunbeams are admitted into a shadowy space – the glittering, tumbling motion of small particles of dust is caused chiefly by true Brownian dynamics. Due to heavy air pollution, the first two entire floors of the station are closed to the public. in 2002 a seventh floor is inaugurated to solve this problem. A solution taking care of a problem yet inadvertently blocking the entrance of direct sun light into the building. 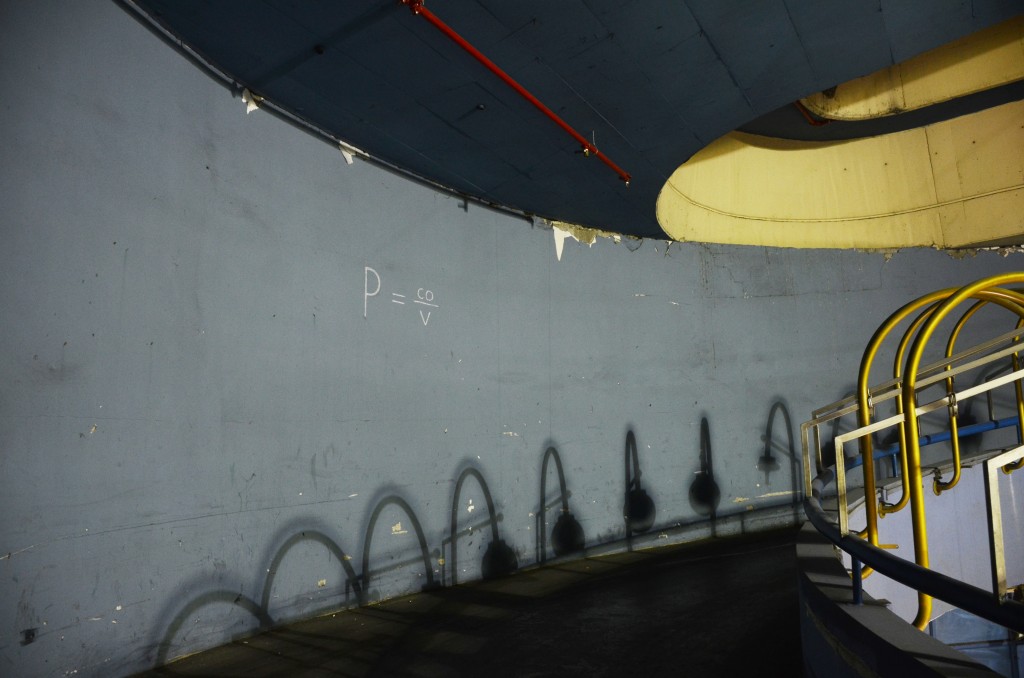