On the massive column of the CBS bus entrance bridge, above the busy Lewinsky street, a parasitic installation draws eyes in a place where people usually look down and walk fast. 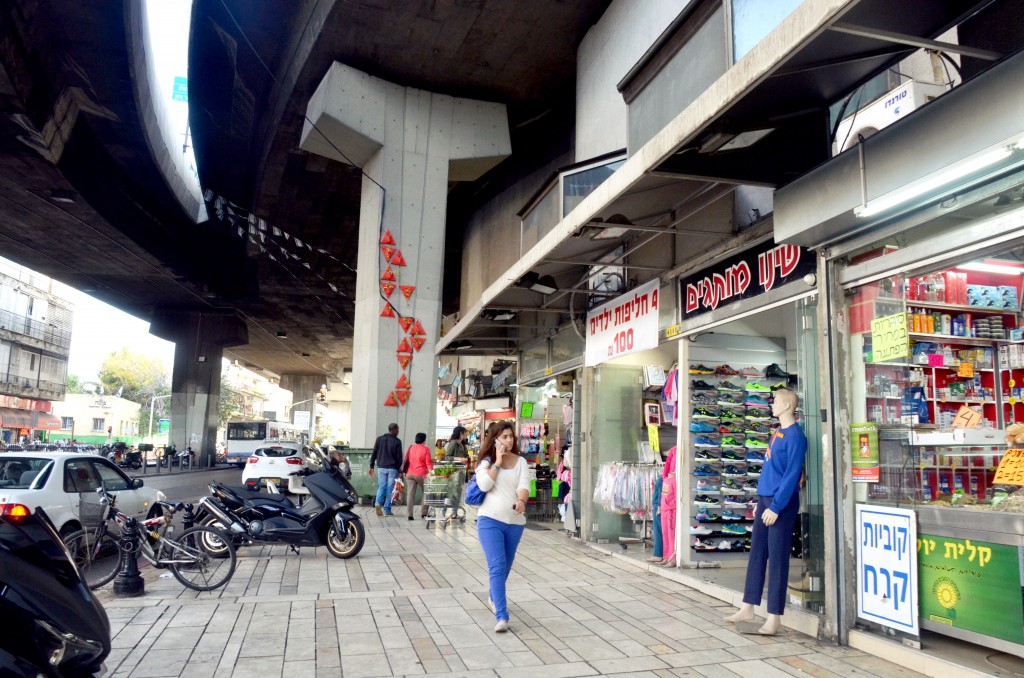 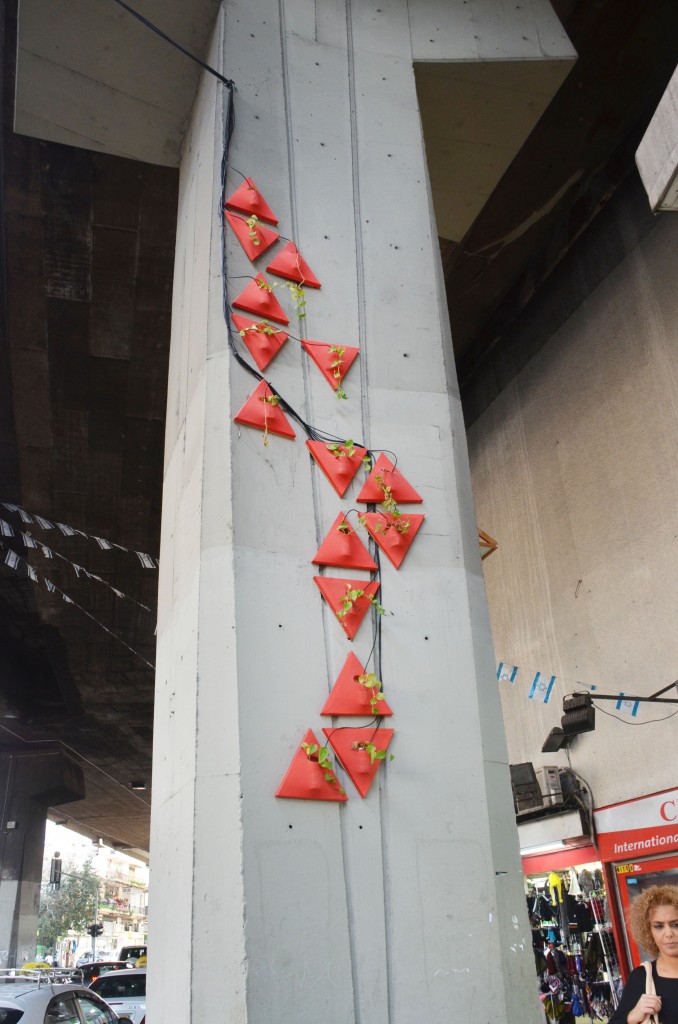 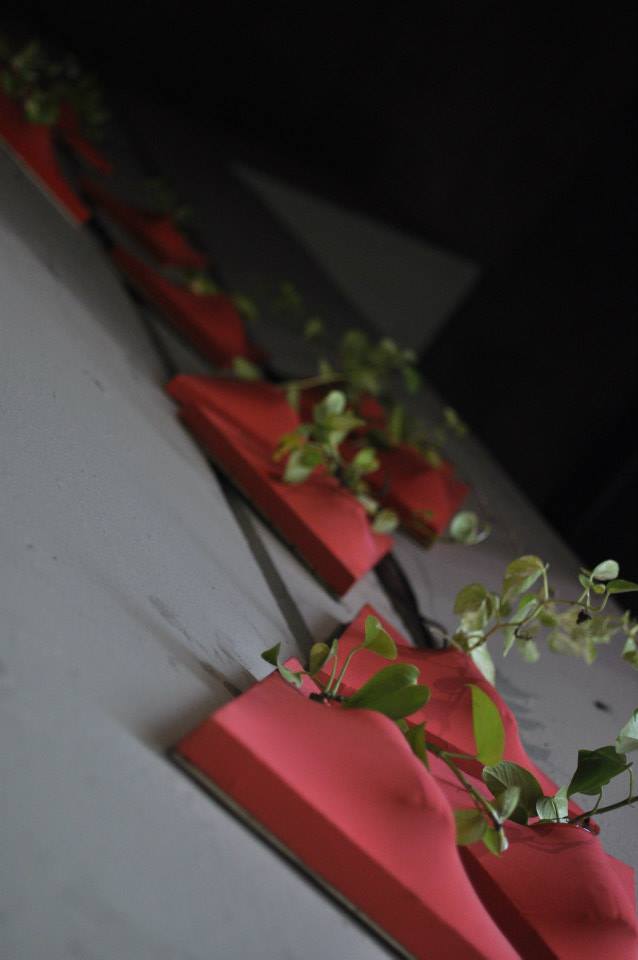 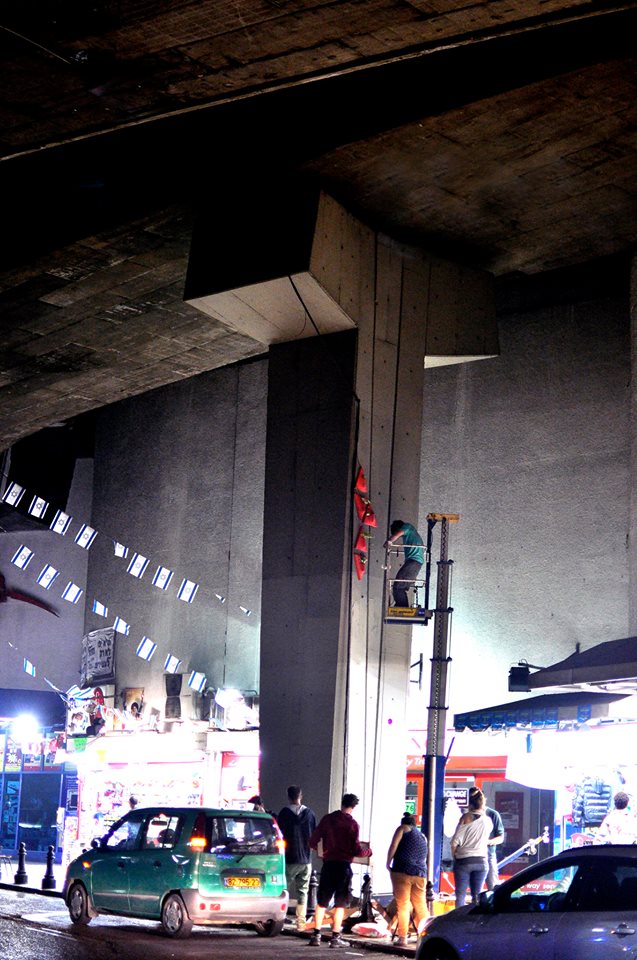 A system of repetitive triangular shapes made of fabric leftovers, wood and a plastic bottle contains tropical plants that require little light and clean the air. Its watering system, resembling a root system, brings water from above, as a gentle gesture showing the massive flow of forces flowing down this massive concrete column, holding the bus viaduct above.

Special thanks to Ariana Kusivetsky and David Reichmann Gibbs.

Geodesic domes have become a symbol for temporary and affordable place-making in festivals and community gardens around the world. A Geodome made of bamboo and reused irrigation pipes was constructed above the fenced and closed entrance ramp. Complemented by fast growing climbing peas and greens, the Geodome signals that something good is now growing. 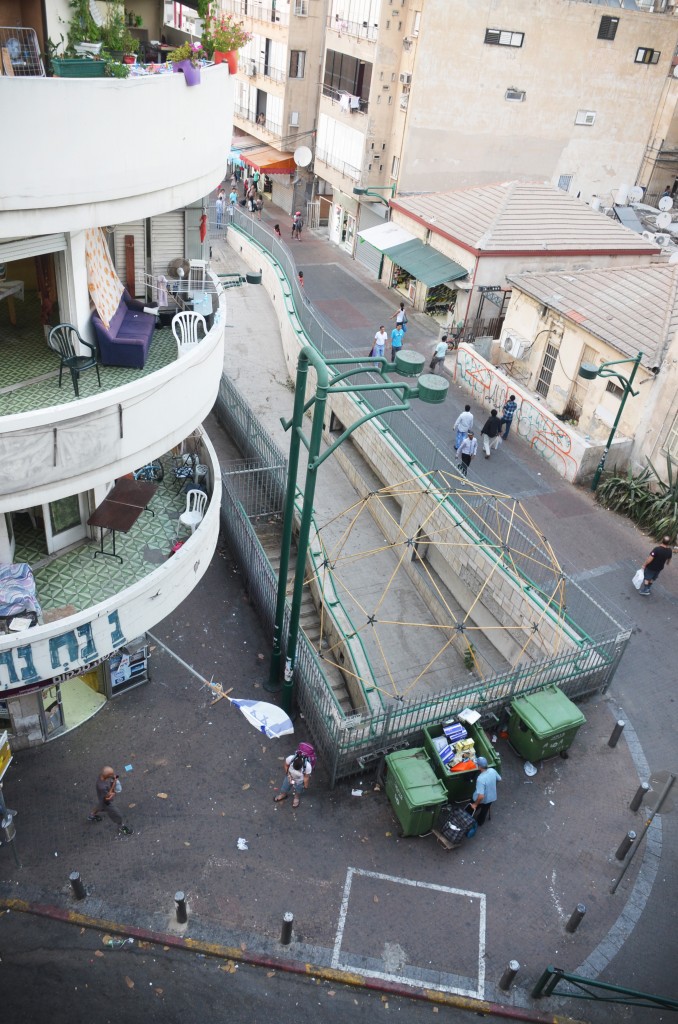 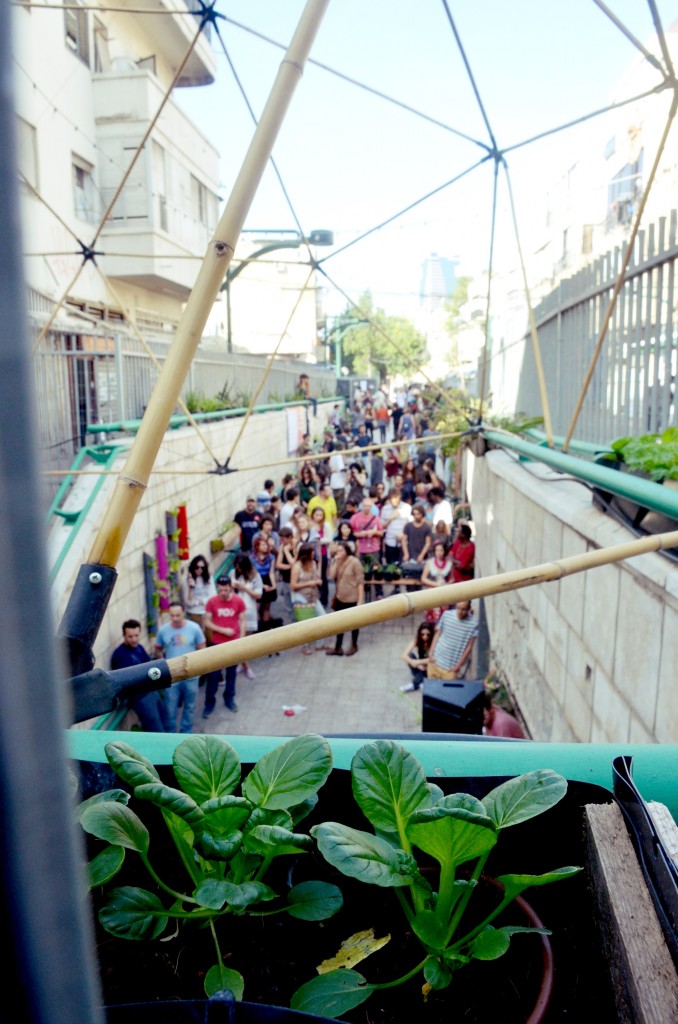 In the ramp, a smartly irrigated citrus orchard shows the potential of fruit trees in the city. Tel Aviv, planned originally as a ‘Garden City’, is full of trees scattered between buildings and streets. Integrating the local wisdom of the Bustan, fruit gardens popular in Palestinian culture, into the modern city, could provide food and vitamins to urban dwellers. Agrocity’s installation sits on the border between the public street and the private property of CBS, responding to a city rule that permits picking fruit from trees growing in private gardens, only as far as the hand can reach. Thanks to Guy Yogev. 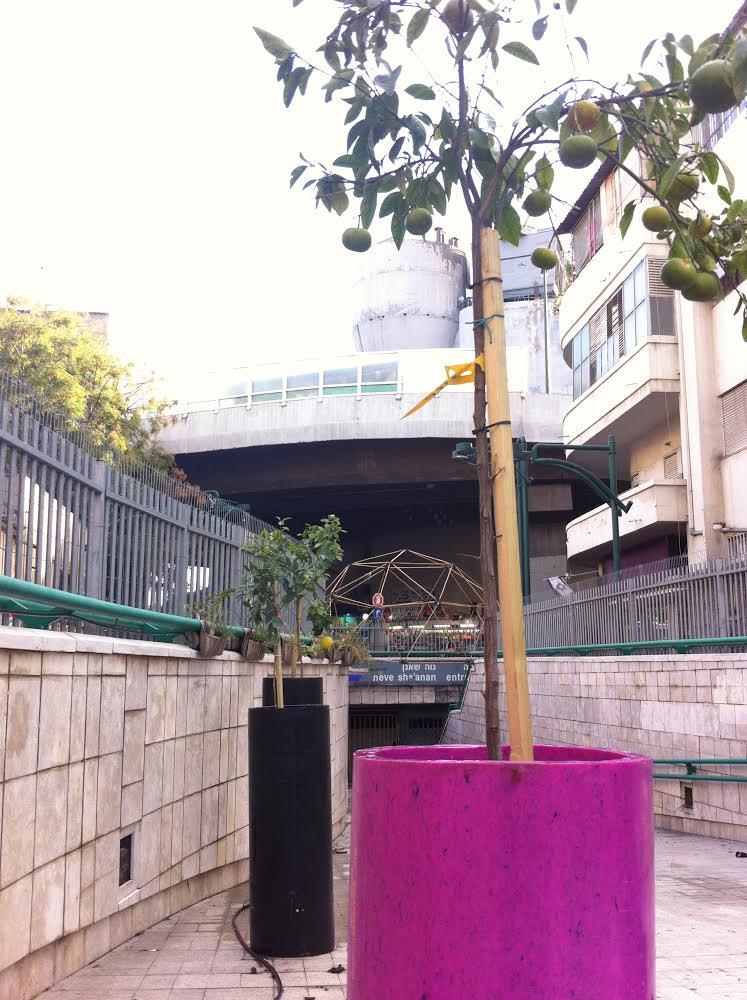 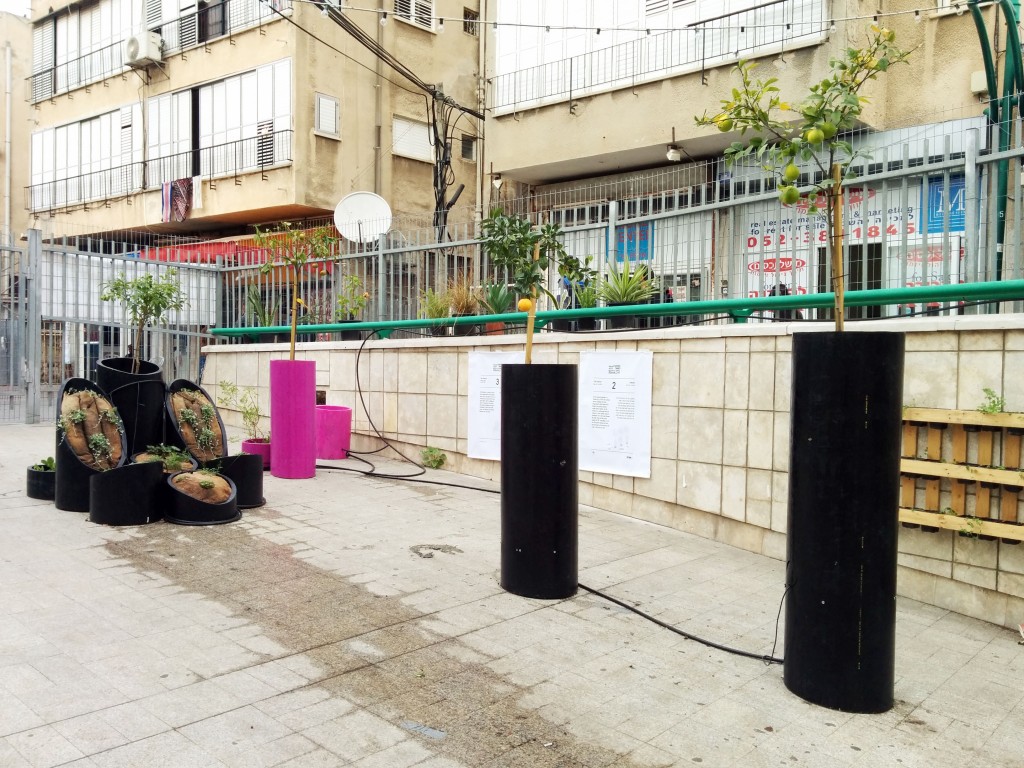 The BioBench is a practical sculpture that combines plants and production waste from a pipe plant. It serves as a relaxing spot, a pause from the busy street above. Built in a collaborative effort of youngsters and residents, this project strengthens the sense of belonging of locals to their public space, and enhances the connection between man and nature. Thanks to Michael Negev and Uri Sinai 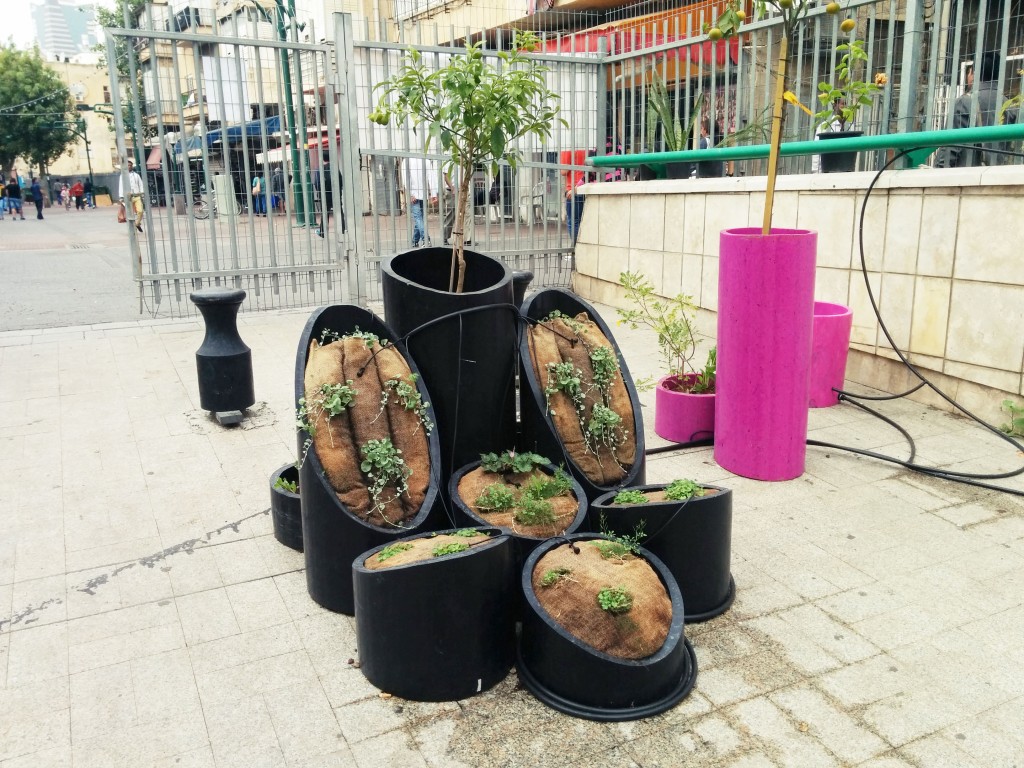 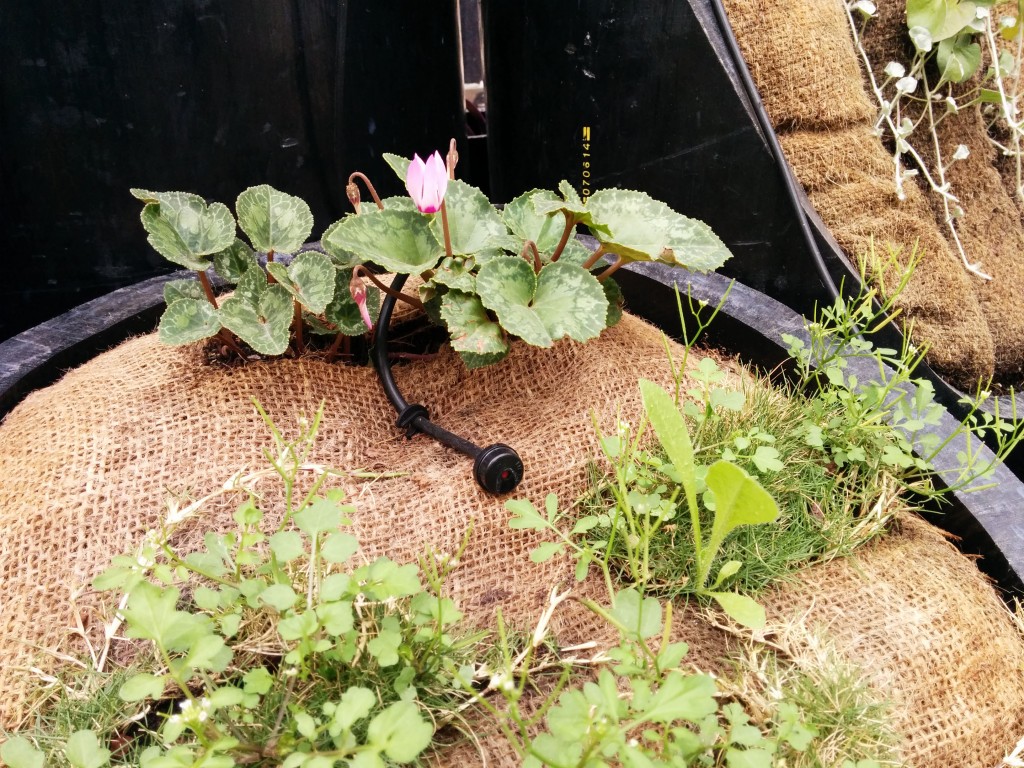 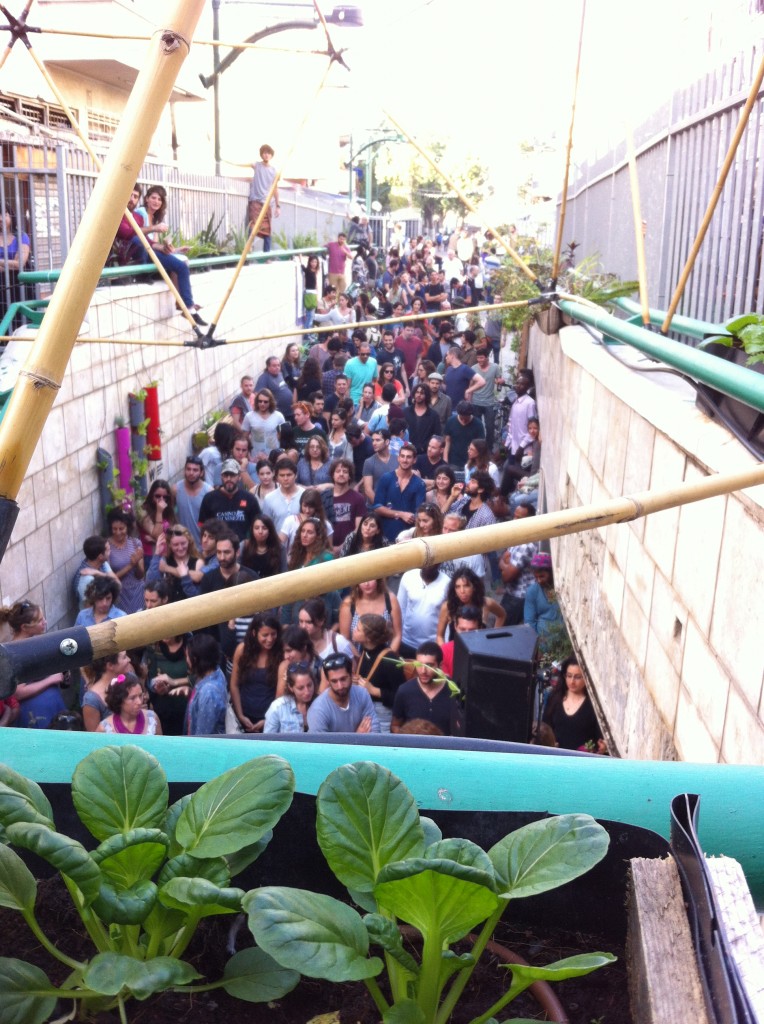 Neve Shaanan pedestrian street  – the Central Bus Station area’s main commercial street, comes to a peak in a deserted and shut down entrance ramp, surrounded with a 2 meter double fence. This meeting point, between the street and the CBS, could have been a significant street corner, and if it were Roman times, there may have been an obelisk to mark it. This was chosen as one of the main intervention spots for the Next Station.

Since the gate closed in the 90’s, the ramp was neglected, occupied by trash, criminal activities and occasional fires. In order to deal with the “situation”, a years-long discussion between the municipality and the CBS management, arguing if it’s a public or private area, concluded with the decision to fence this area and close it to the public.

This grey area, In the street but declared part of the privately owned station, posed a great opportunity to use the magic of creative placemaking in order to grow a space that is more inclusive for the community, a place to meet, interact and have meaningful positive experiences. The ramp, more than anything, symbolizes the dark and complex connections between the CBS, and the neighborhood around it. 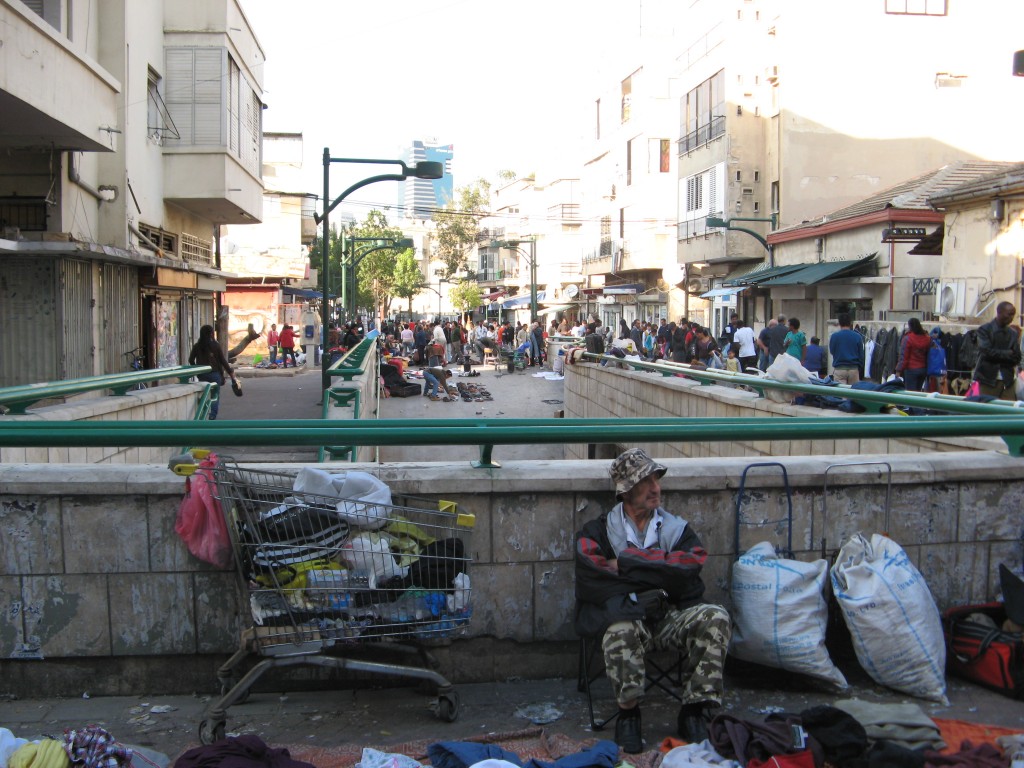 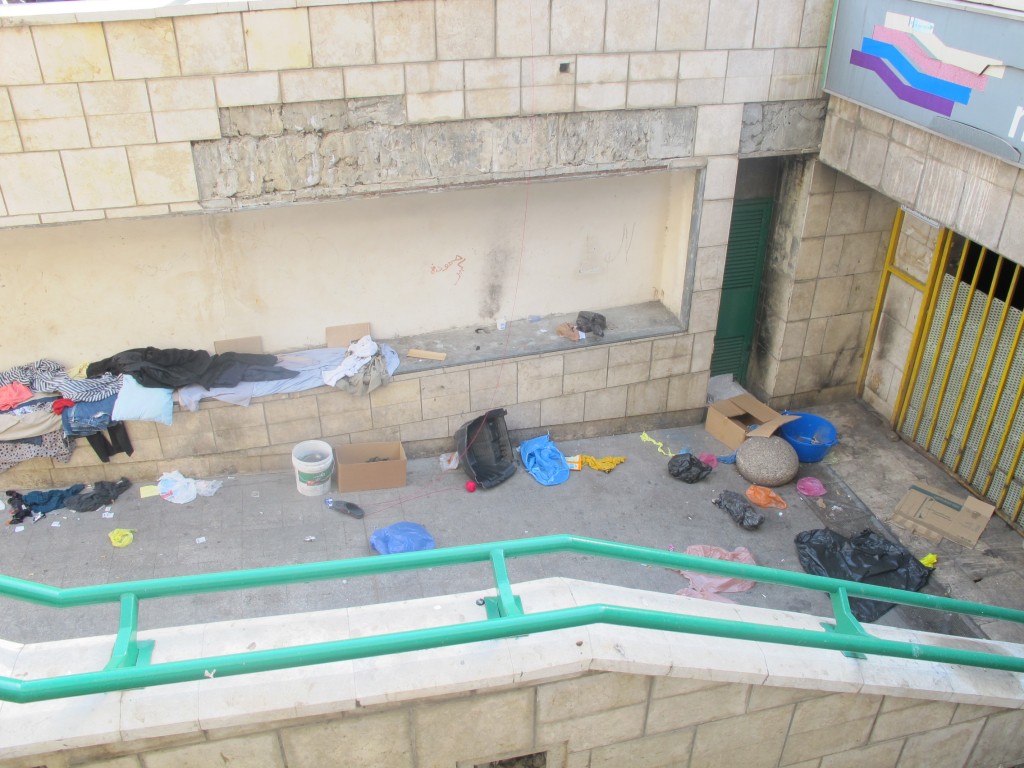 During the exhibition, we hosted 4 events of live music shows produced by the sweetest of local boys, Daniel Szus and Eyal Feder from TCM Festival. Music is a peculiar form of expression. On the one hand it is an elite art form, which can express both an artist’s feelings and passions, as well as voice complex ideological or political issues. On the other, the basic nature of the music and rhythm has a luring power, which brings people and communities together on a more basic level. The bus station area is an interesting annex of musical activity. It is home to the bustling independent music scene of Tel Aviv – indie, electronic, and experimental musicians live and create music here. It is also, as home to the city’s vast array of migrant communities, an intercultural center of many different sounds and rhythms, usually oblivious to the Israeli public.

Out of those reasons we choose to make the ramp home to “Grassroots”, a line of live music shows targeted at exposing and respecting local, independent and grassroots musicians from the different corners of the society in Israel. Together with TCM Festival, a group working to promote the independent music activity in the area, every other Friday the ramp comes alive with live shows by musicians from the neighborhood and other peripheries in a celebration of sound, rhythm and interaction. This creates a double effect – one the one hand it creates a vibrant place of togetherness for the neighborhood, where people can meet, enjoy the music, and be together. On the other, it attracts to the area people who don’t usually visit it from all over the, and starts to break their negative association with it. They enjoy the music, cruise through the shops of Neve Shaanan, eat and drink at local restaurants and mingle with the local population. 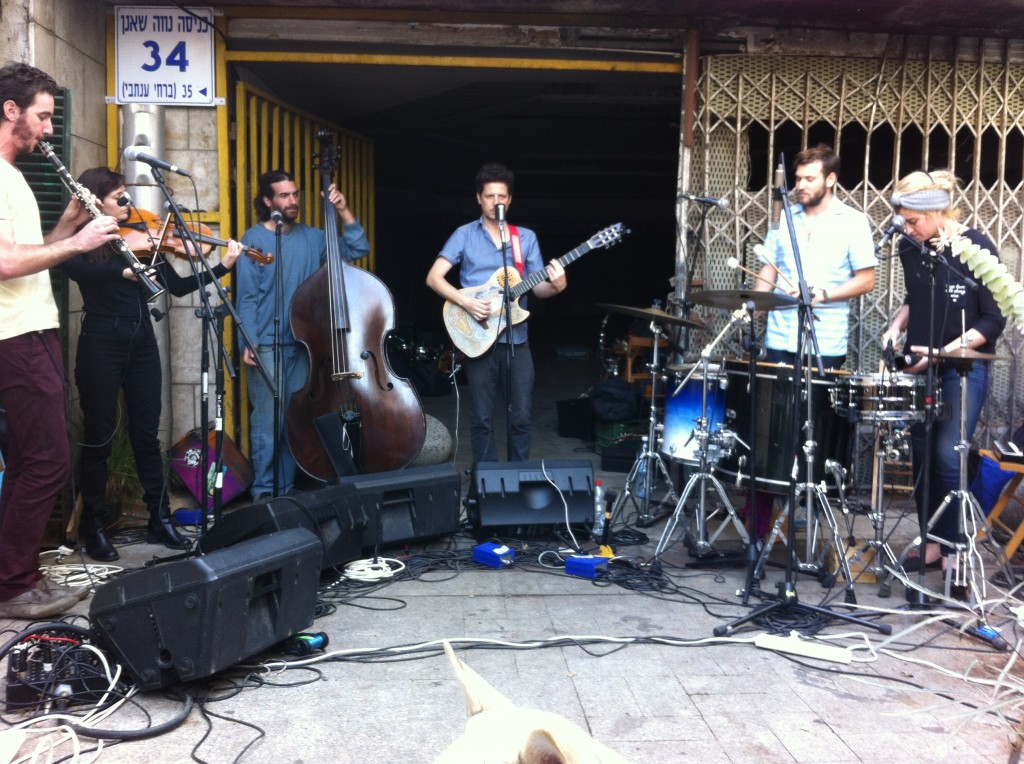 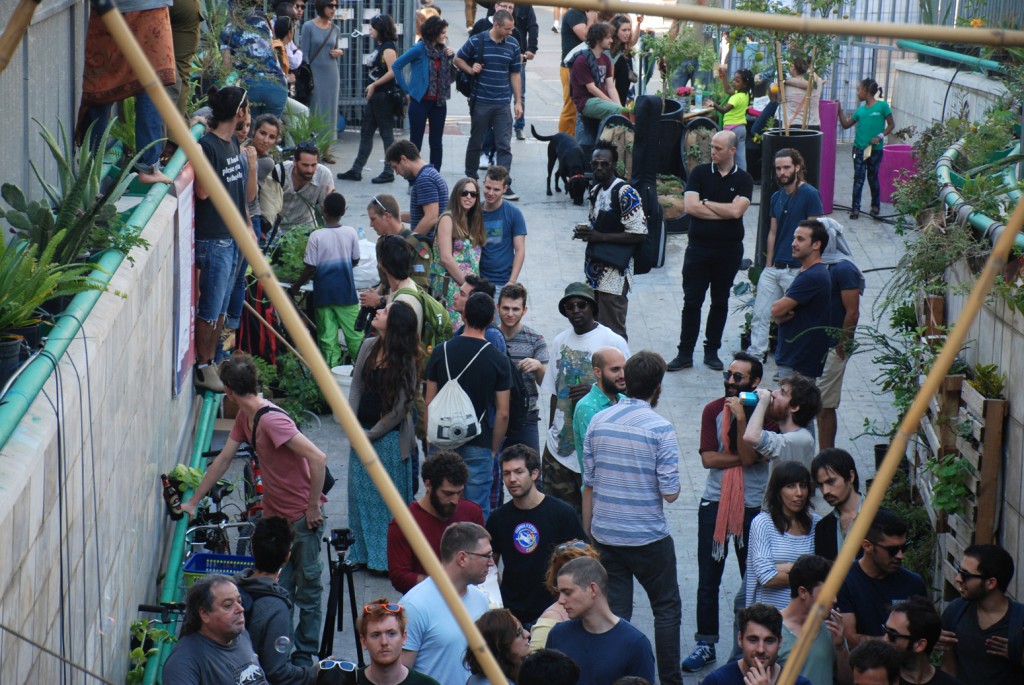 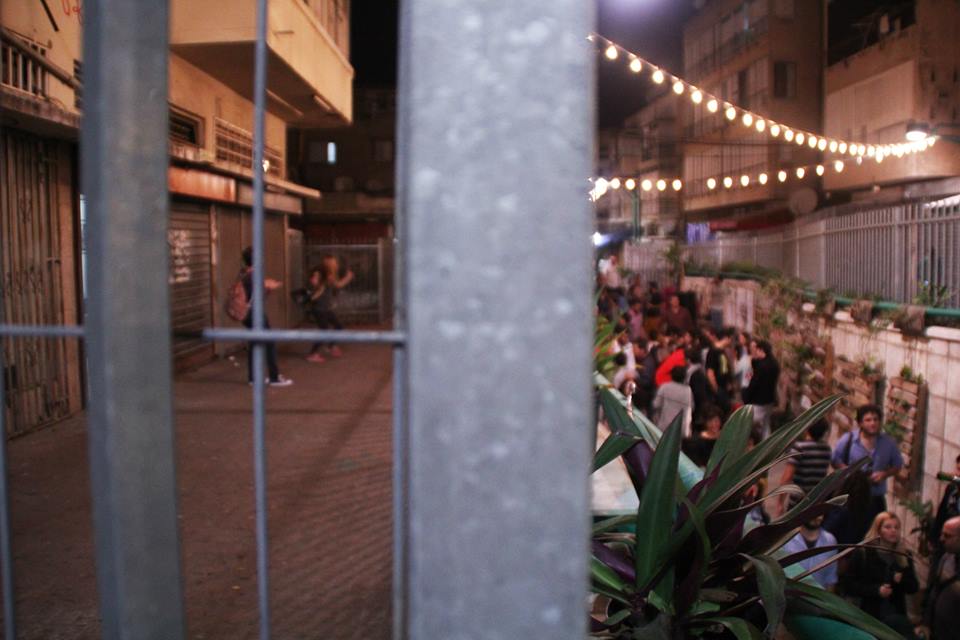 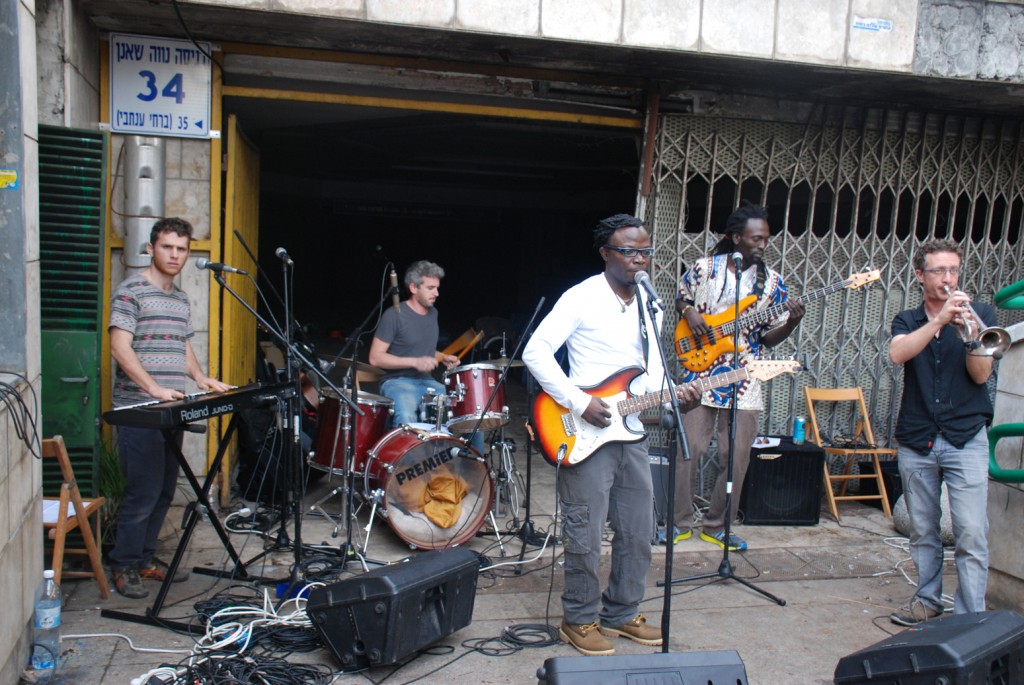 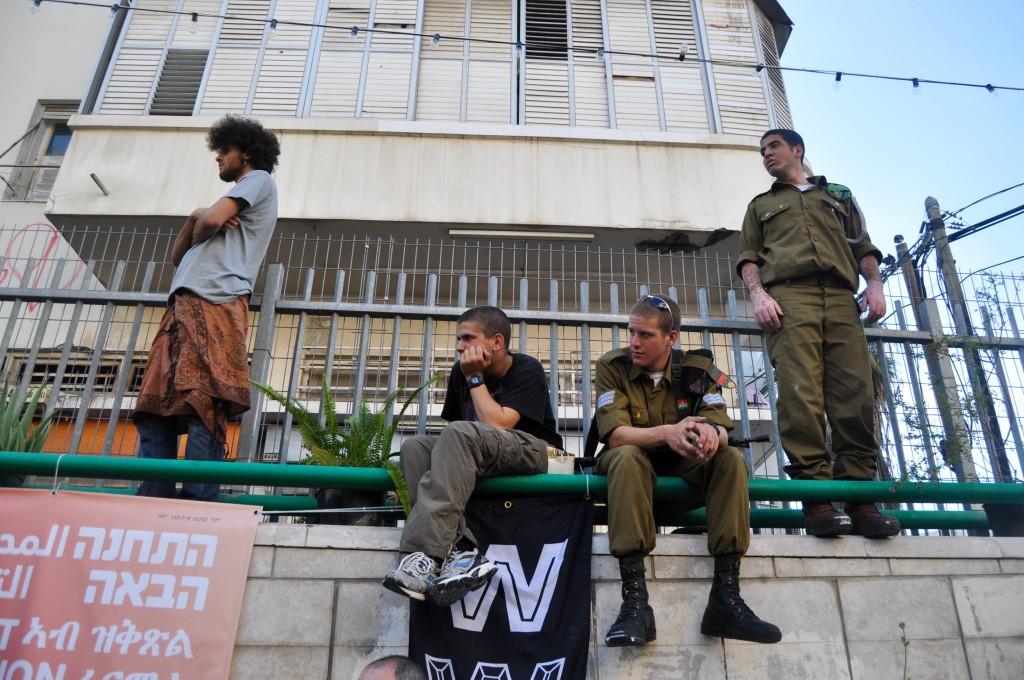 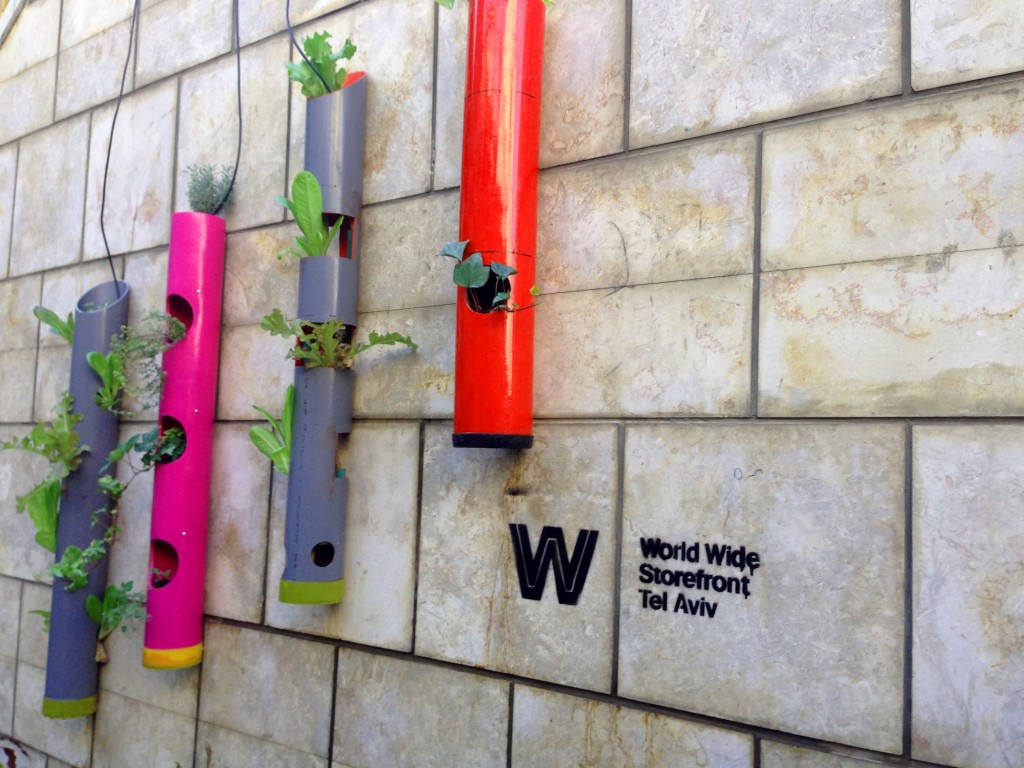 Surely this place has changed in the minds of some, neighbours or outsiders. who now have a memory of a live rap show or dancing to electronic music in the street. 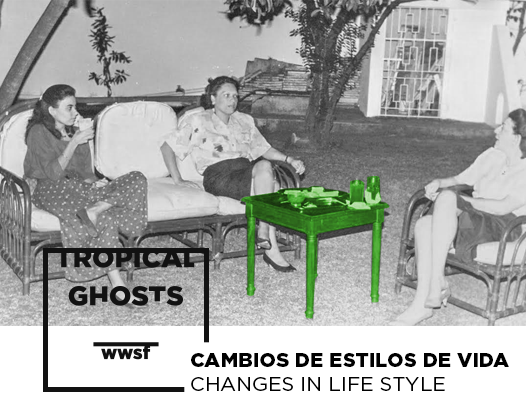 A photographic study by Karla Read 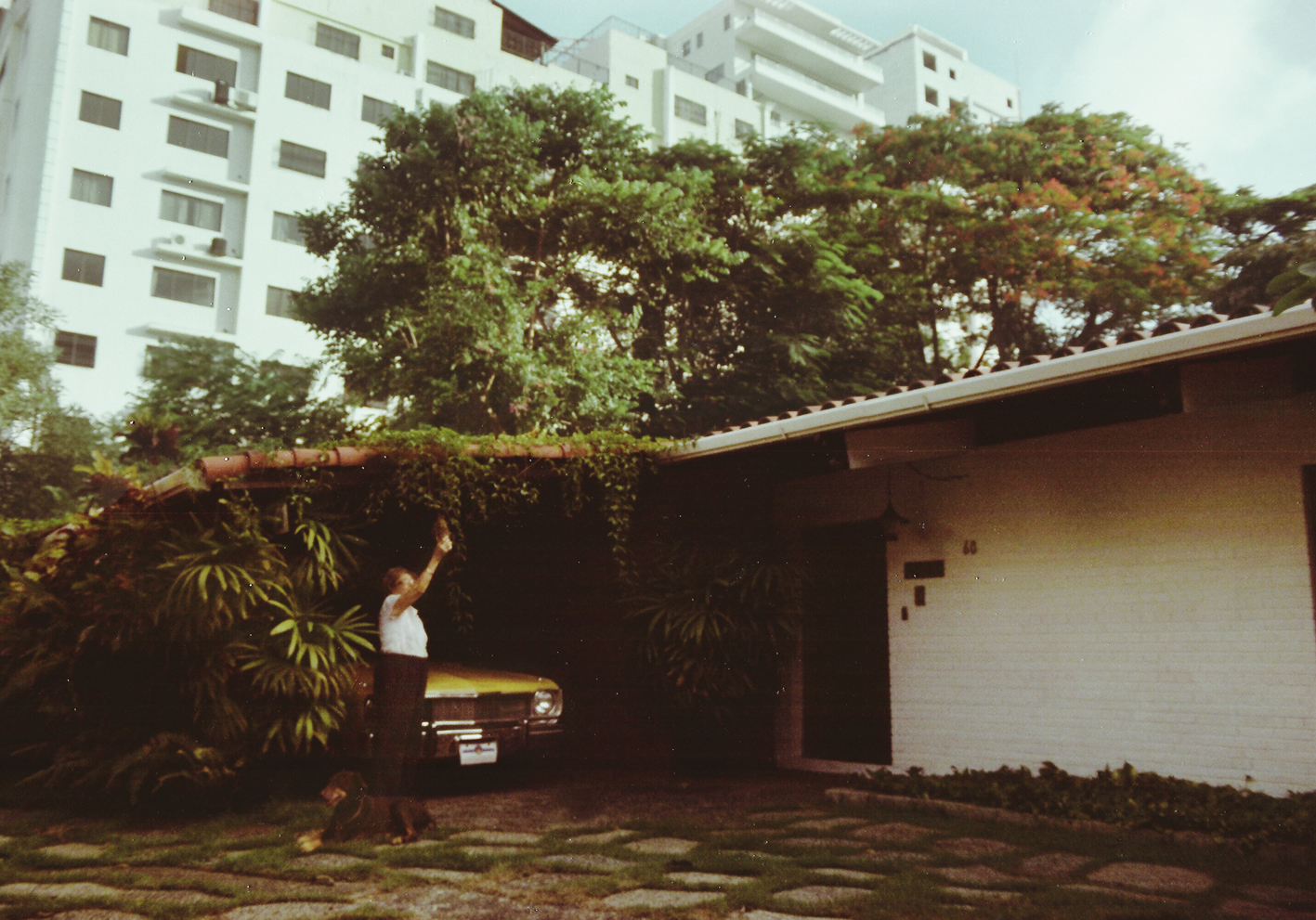 END_OF_DOCUMENT_TOKEN_TO_BE_REPLACED

About GALERÍAS. An extinct specie in the dominican spatial fauna.

At the very beginning of human existence, there were females that gave birth to other females with the moon and the water (the sea) as the only others participants of the act of human reproduction. Since there were only females, the word male or males didn’t exist; there were no need of this (genre) distinction. There were only people.

These people, the Clefts, who are believed to have evolved from creatures of the sea, lived in caves facing the only seashore they knew. They had never left this place that they considered home. The Clefts fished their food, swam a great portion of the day and, every now and then, coordinated by the translation of the moon, gave birth to other Clefts. This way of life went on without significant changes until the first male was born. These first males, considered Monsters, whose bodies were different from those of the Clefts, were left at the top of the cliff to be eaten by the eagles that lived in the mountains. Somehow, these Monsters, which were not eaten by the eagles, survived and built their habitat in the valley across the mountain, by the river.

Even after Clefts and Monsters began to mate, the two people lived separately. The females rested in their caves by the seashore, bathed in the sea and fished their food; the males built shelters from trees in the valley, hunted their food and learned the advantages, in terms of survival, of inhabiting the treetops. Thus, the cliff, the caves and the sea were home to the females in the same way that the valley, the shelters and the river were home to the males. This version of the origins of the human race is the centre of The Cleft (2007), a novel written by Doris Lessing (1).

I find interesting the logic behind Lessing’s designation of caves and shelters to females and males, respectively, as the first two forms of humans’ dwellings. It wouldn’t be farfetched to conclude that these first typologies were born as products of their surroundings and not simple choices in the nature of aesthetics. I would say that they were choices almost entirely given by their natural surroundings. Almost. Caves and shelters are two different habitats that respond, not only to two contrasting environments, but also to the inner nature of two different personalities, two different individuals.

It is not the purpose of this article to induce that caves are to females what (man- built) shelters are to males, but to understand what is the relationship between these first typologies and the nature of certain spatial configurations that have existed in the Dominican Republic and in the Caribbean until this day, without ignoring what history tells us about the social relationships between males and females. Caves and Shelters, in the Dominican Republic, are related as much to natural environment as to the historical evolution of women in the dominican society.

END_OF_DOCUMENT_TOKEN_TO_BE_REPLACED

Gretel Franke invited Tropical Ghosts and her past and present neighbors to a lovely evening at her house, a small oasis in the middle of the dense Polígono Central.

END_OF_DOCUMENT_TOKEN_TO_BE_REPLACED

Pictures from life on board 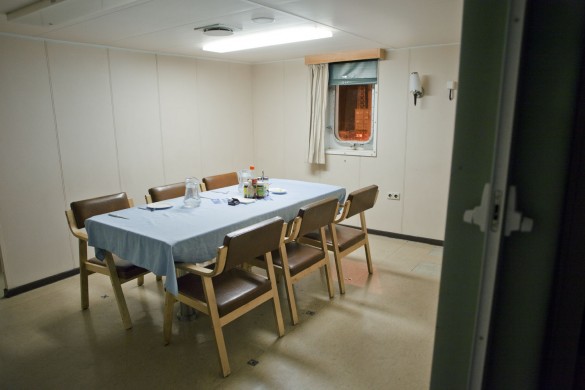 The canteen at night 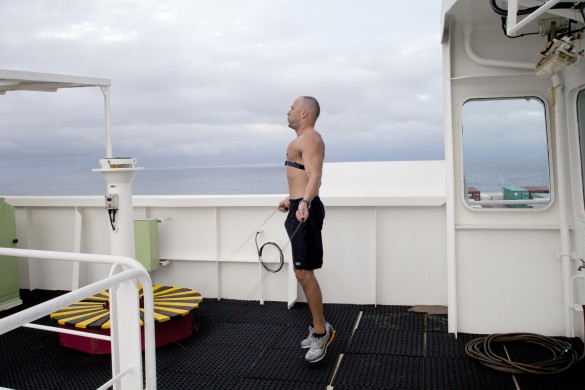 Morning workout on the Control Bridge 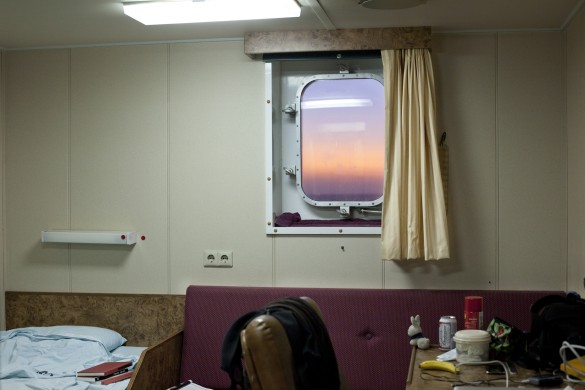 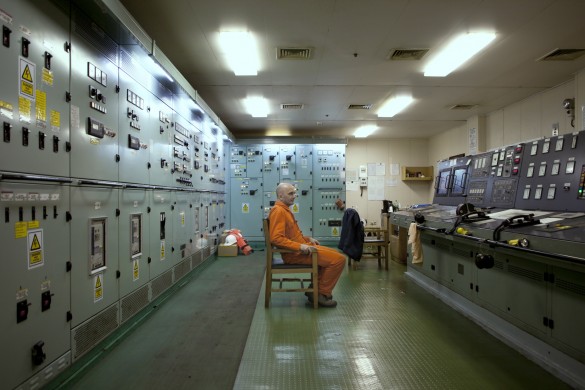 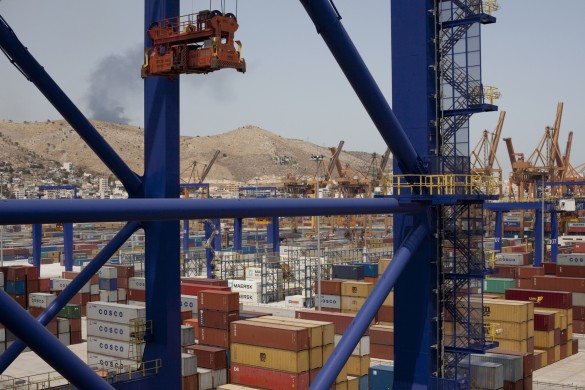 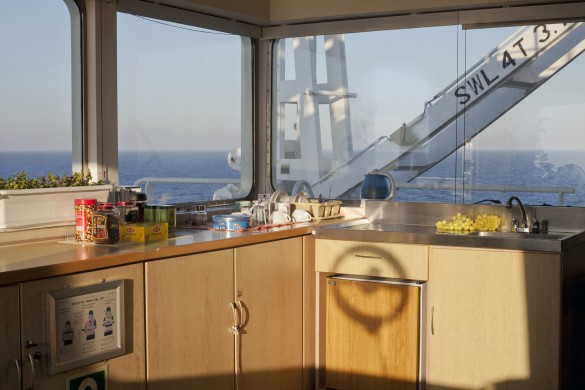 Kitchen on the Control Bridge 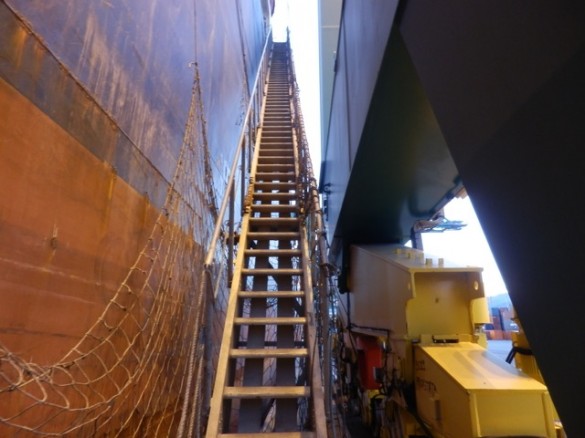