In Hmong culture, parasomnia (sleep paralysis) is understood to be caused by a nocturnal pressing spirit, dab tsog. Dab tsog attacks “sleepers” by sitting on their chests, sometimes attempting to strangle them. Some believe that dab tsog is responsible for sudden unexpected nocturnal death syndrome (SUNDS), which claimed the lives of over 100 Southeast Asian immigrants in the late 1970s and early 1980s. 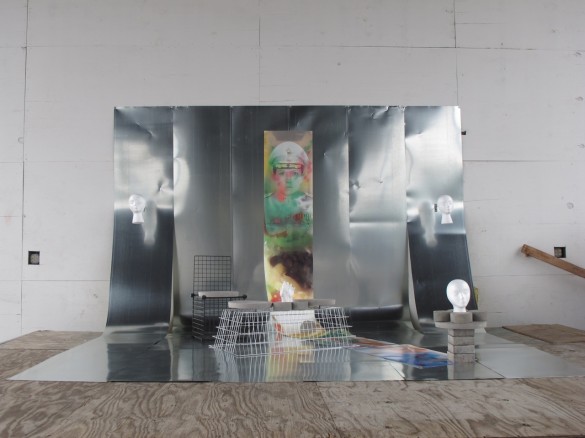 For the Storefront Marketplace at the HmongTown market French-Swiss artist Pauline Beaudemont created an outdoor installation on the market stage. A hybrid between photo studio, backdrop (for a probably play), and semi-functional sitting area the installation appropriates the aesthetics and certain elements of the actual Hmong market stalls. Shiny aluminum sheets constitute the background for several ‘furniture’ or compositional objects, such as a table made out of a large chrome basket decorated with concrete elements and styrofoam hands or a a black grid chair and a concrete ‘coffee table’ with a styrofoam head. 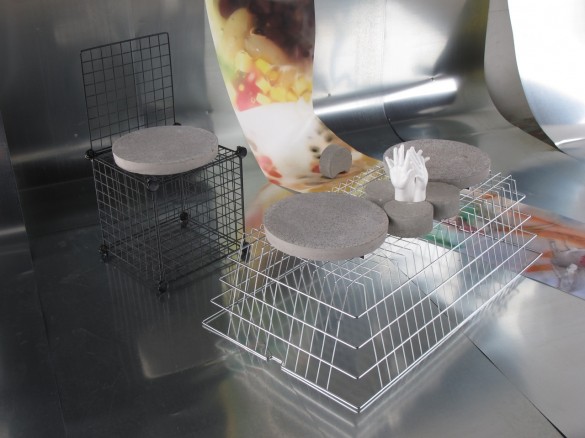 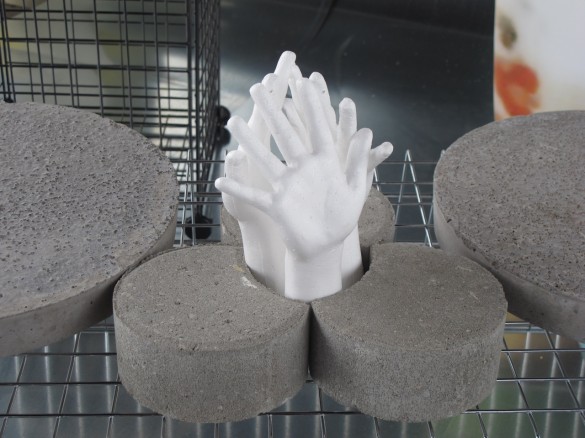 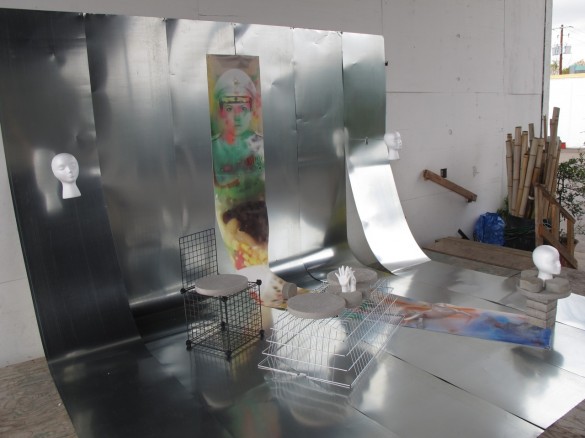 In the middle of the installation, a large banner creates an accent in the otherwise materially cool situation. The banner shows the artist dressed in a Laotian General uniform, alluding to the broadly worshipped figure of the Hmong General Vang Pao, the only ethnic Hmong to attain the rank of General officer in the Royal Lao Army, and a hero in the US-Hmong community. The photo was taken on-site, in the market photo studio, where many Hmong-Americans get photographed in front of fairly exotic backgrounds, either Japanese, Korean, or other far-away countries. 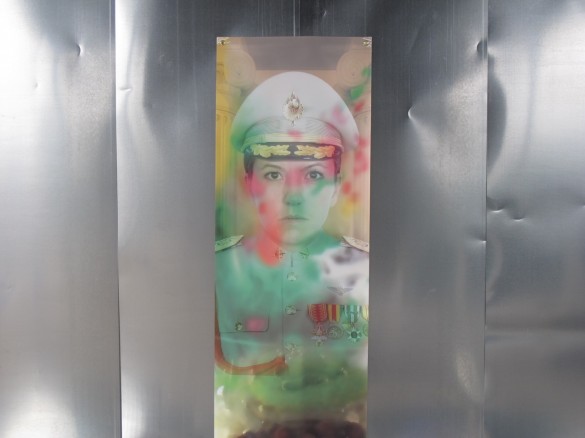 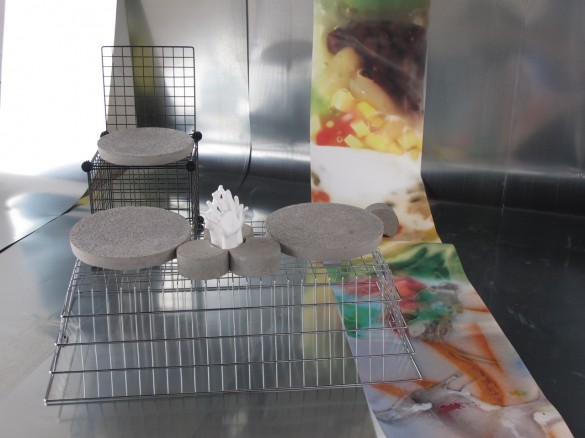 Layered on top of the portrait are images of dead animals that were enlarged from a DVD cover that Beaudemont found at the market. The DVD culture is omnipresent in Hmong culture. Every other stall at the market sells a large variety of DVDs in front of an installation of numerous monitors, which show some of the DVDs and always attract a fairly vast audience. The DVD genres range from karaoke singing, to soap operas, Dracula films, and traditional hunting videos, which seem to aim at teaching the Hmong-American community traditional archaic-looking hunting techniques. 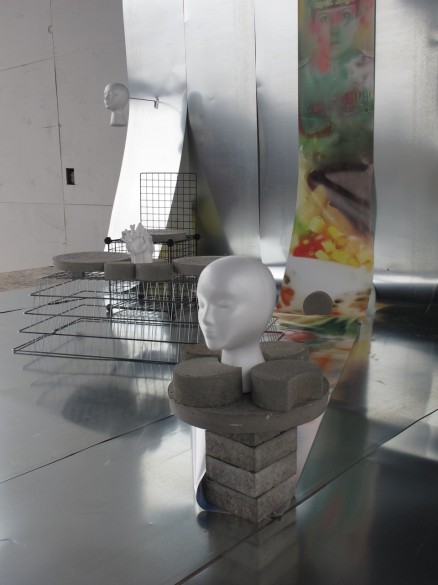 The third element on the banner are the bright semi-neon colors of the renown bubble tea that is served in the food court of the market, also enlarged to the point at which the image becomes abstract. 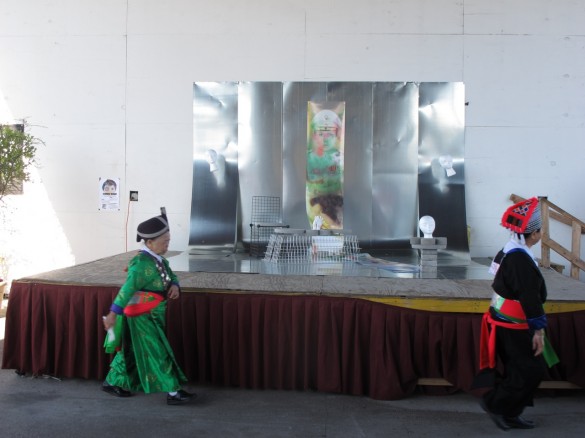 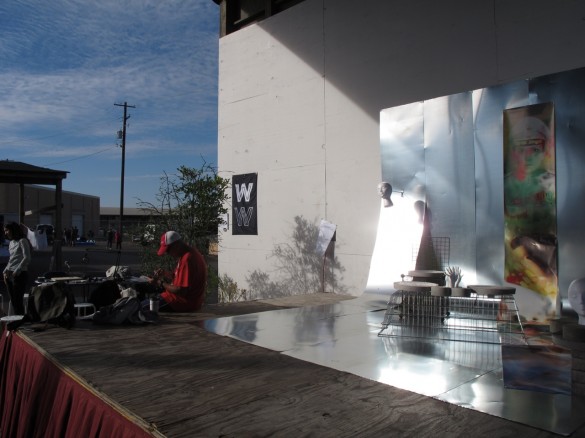 From far away, it is unclear who is depicted on the banner, which reinforces the general nature of the installation as a ‘parazone’ between Hmong and Western aesthetics.