Two different tours will on one hand investigate the concept of guided-tours-as-an-artistic-strategy and on the other hand will inspire civic participation. By providing a platform for collaboration, the exchange and sharing of knowledge and stories the tours will bring audiences, architects, and artists together and generate an artistic and local discussion about urban environments. We are particularly interested in illuminating underrepresented narratives that usually donʼt have a voice and through that questioning the hegemonic discourse that shapes cities, such as immigrant groups. Politics of public space, gentrification and civil responsibility are of high interest for us in this regard. 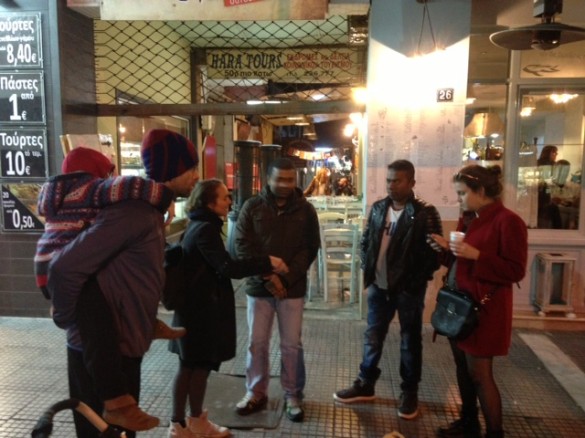 All tours started at the entrance to the Modiano Market. 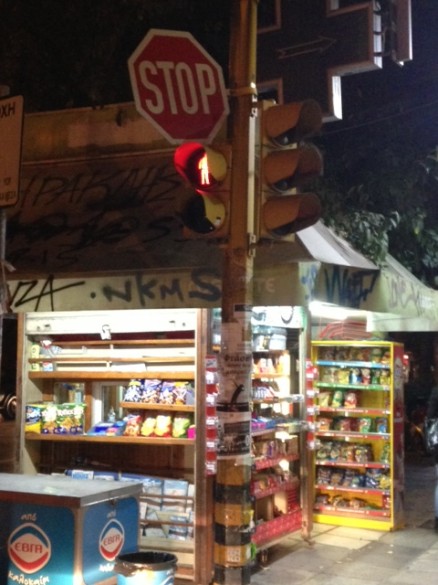 Little kiosks, peripteri, are being taken over by Bangladeshi immigrants, semi-legally. 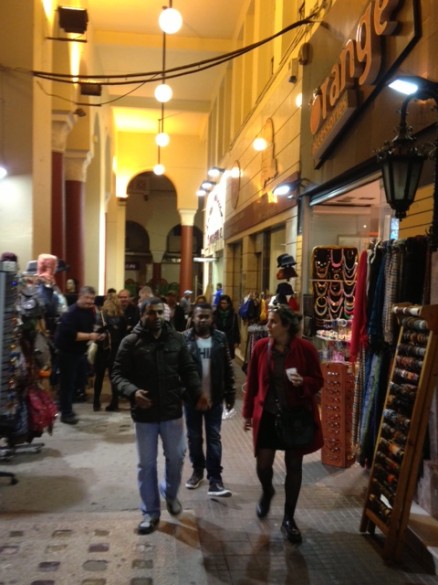 The beautiful passages (stoa) of Thessaloniki. 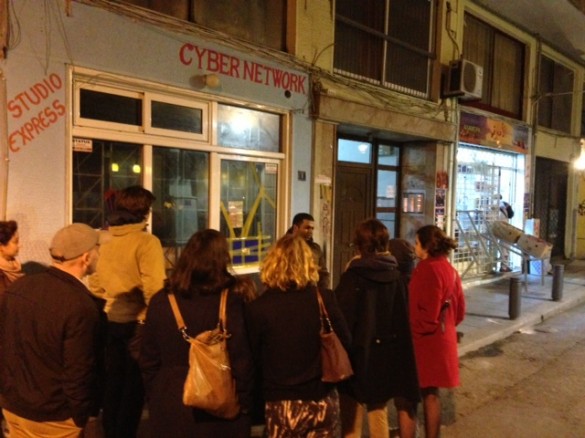 The only Bangladeshi/Asian shop in Thessaloniki, owned by Rana’s father. 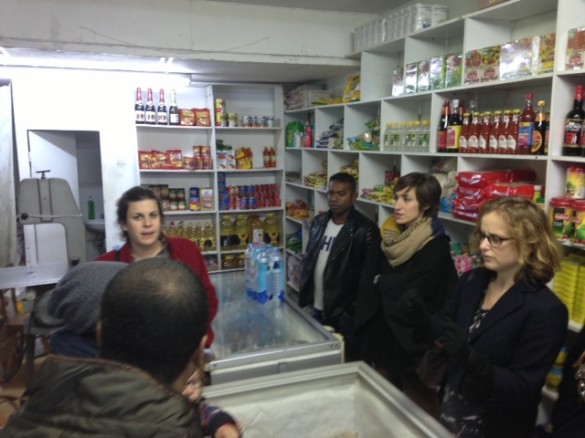 Here you can buy products from Asia, the Middle East, and North Africa. 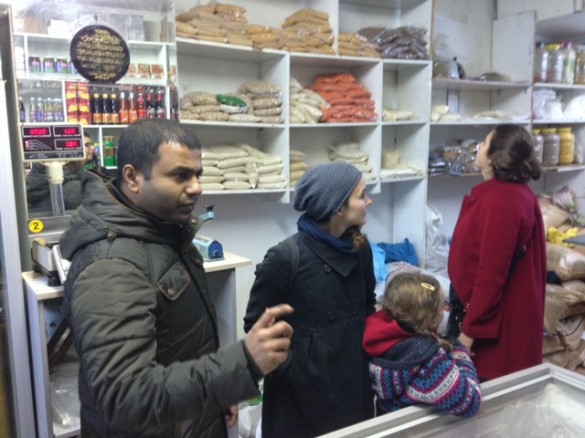 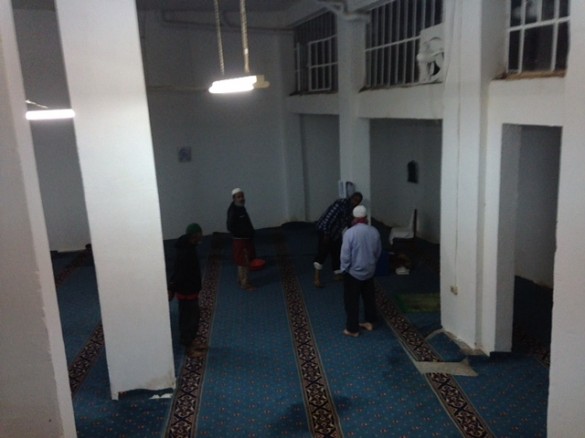 A semi-secret mosque in the center of the city. Muslims from different countries gather here. Mosques are illegal in Greece. This one opened after years of fighting with the officials. Finally, it was granted, but only underground. 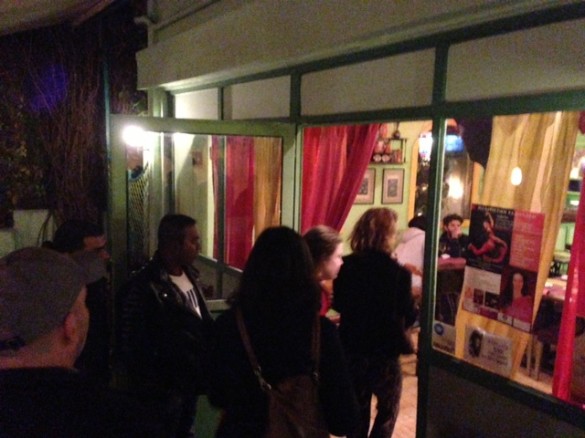 The tour ended in the best Indian restaurant of Thessaloniki where Rana works as a waiter and his father as a chef. 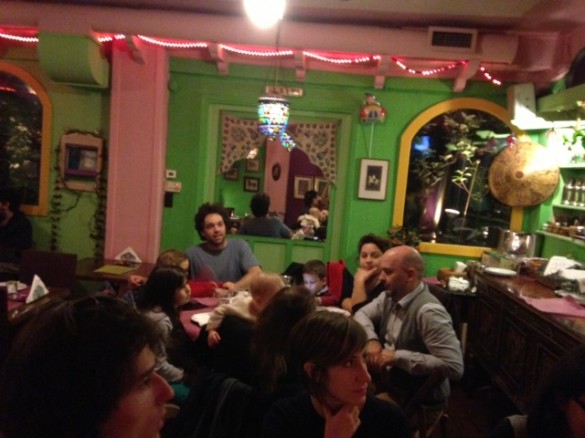 The most delicious Tandoori Chicken. 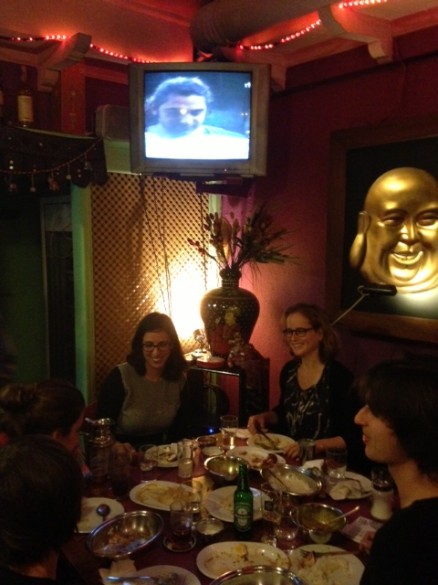 A TV with popular Indian series in the background.