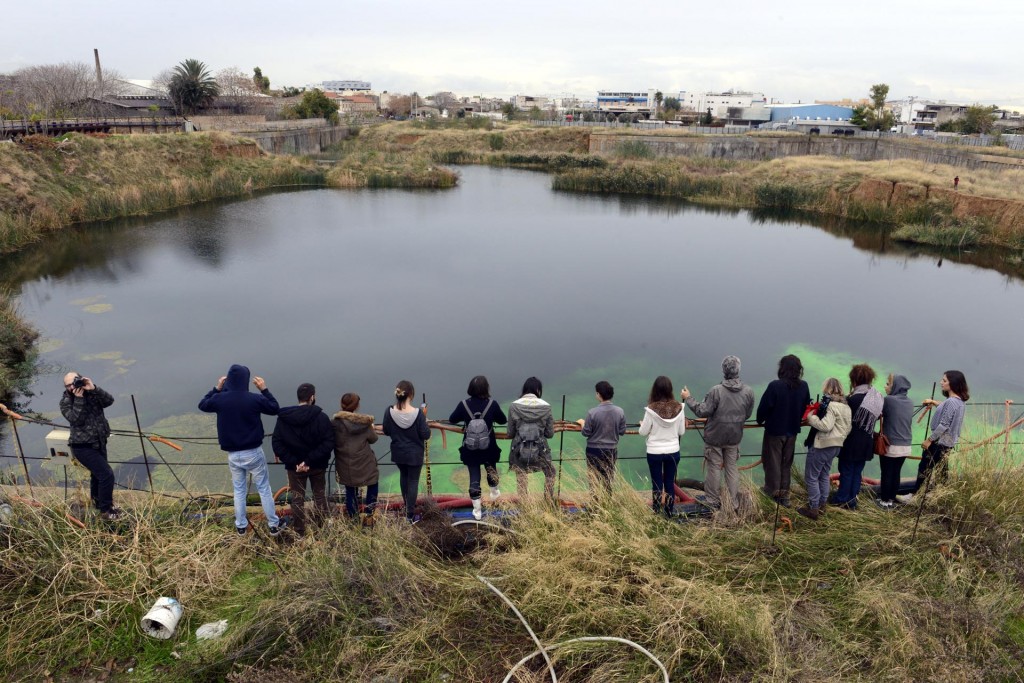 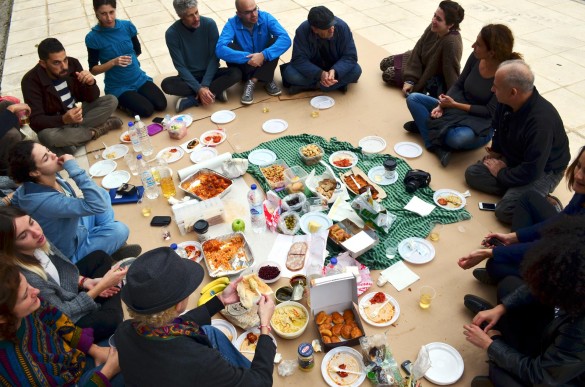 Relocation I: pic nic, a public, participatory action planned and organised by Evangelia Raftopoulou took place on that cloudy Wednesday afternoon on the sidewalk that is part of the route followed by the Itinerant Photography Lab. Raftopoulou cooked stuffed tomatoes (“gemista”, a traditional Greek dish) and invited friends and fellow students from the Athens School of Fine Art to bring some food and share a pic-nic lunch accompanied by wine and conversations on the pavement next to the industrial ruins of a former furniture factory. She also invited local workmen and passersby to join in. By transforming a place of passage, a public space into a place of rest, an intimate space and by dislocating-relocating human bodies she sought to expose the established spatial and temporal relations, and to redefine our experience of lived space; ultimately, to practice space*  (de Certeau). Relocation I : pic nic @ Pavement next to industrial ruins of A.S.F.A, was a public action organised by Evangelia Raftopoulou at the context of the Itinerant Photography Lab