Starting from Microgeographies focus on “Urban Stories from the Center of Athens” curated by Hariklia Hari, Katerina Zafeiropoulou created the site specific work “5-7 Riga Palamidou str.” at Arch_06 (A). Located in the gentrified area of Psyrri, Arch_06 was included into Microgeograpies narrative as a paradigm of a new model of working space resisting the gentrification process of the neignborhoud. It helped transform and was part of the same process of a micro development within the neighborhoud that gave urban uses supportive to the existing ones, with mixing new professions and older occupations; artists together with architects and local art&craftsmen. At ARCH_06 Lab Katerina Zafeiropoulou is continuing her visual research on the mixing of a space with its environment, and created a new window drawing interacting with the urban environment of down town Athens. Another recent step of this research was  presented in Microgeographies/WWSf “8 Stenon Portas str.” work, where Zafeiropoulou created a window drawing, interacting with the forest in front of the deserted Office. Vassiliki Panagiotopoulou, owner of Arch_06 Lab, writes on the site specific work: “Katerina Zafeiropoulou in her work on the lab’ s glass -a work in progress- gives meaning, in a patiently revealing way, to the content of activation of this abandoned, in the first place, space. Brings to the first level the energy that experiential spouted at that crucial moment, the moment of interaction with it.Uncovers the endless vibrant city. Uncovers the continuity from the ostensibly non-continuous time routes. Reveals the amorphous beauty of the “harassed” urban masses. Uncloaks the soundless inhabitation. The in-between space is formed, magnetizes, reveals, interpreted.The project evolves, grows, discusses, assimilates, and interprets during the discussion. The performance leads the city’s landscape to invade into space, to dwell. The ARCH_06 lab itself is revealed as a performance, which is being worked for a decade and is constantly evolving”. For Vassiliki Panagiotopoulou the Arch_06 Lab is an Activ_c_ity_Lab where “the vitality stands as an antidote to the dropout scenarios, in the downtown of capital Athens, in today’s unmapped landscape of crisis. The lab is trying to bring out, in experiential way, the crucial and essential that eludes us, wasted, entrenched, abandoned and replaced by bad- imitation and prettification models. Life exists everywhere. Lived experience rises from the ruins, rich and perspicuous, where the path is clear in order to receive it, where freedom meets creativity, where exchange is transformed into power for continuous evolution”.

Transparencies and the Sacred @Office 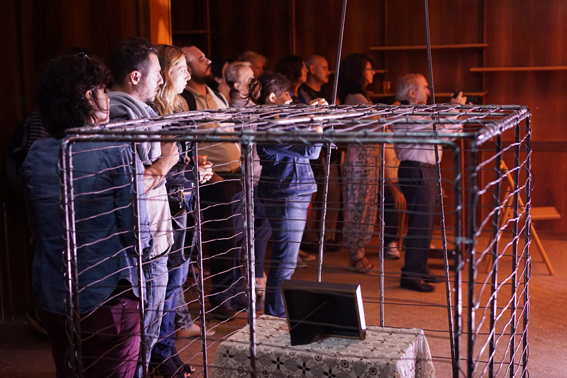 that form “Transparencies and the Sacred”

(the sacred) Last year Capten installed a cage-mousetrap. An old furniture of the place was incorporated: Microgeohgraphies centered the narrative of the Office aroung that trap.On Friday 26, Capten transformed the object into an everydaylife “sacred” object. 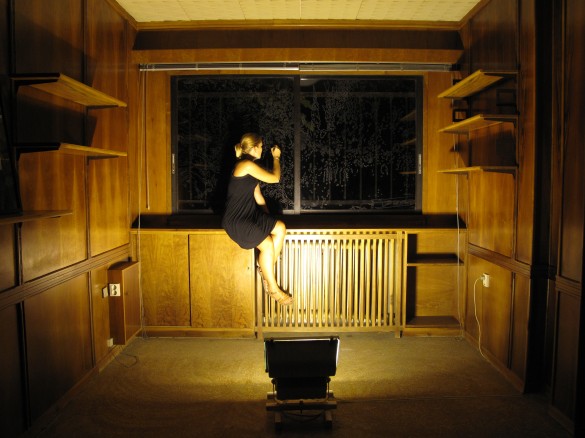 (transparencies)Katerina Zafeiropoulou intermingles the view of the window with the actual space, creating an inner perspective.

It’s happening now: Katerina Zafeiropoulou is drawing the leaves of the trees from the park by the office’s window.

Katerina says: I am trying to experience the “being” of the outdoors. Only a transparent boundary is separating us. So many differences, but everything can happen. I imagine that if I draw patiently I will be able to understand. Probably now “image” and “truth” are more confused. The landscape invaded into the room.