Possible futures is a series of speculative works created by young architects from Tel-Aviv, who explore and re-imagine the Central Bus Station as an arena for public agriculture and vivid civic activities. The works present optimistic ideas for re-use of the vast spaces in and around the massive structure, in the light of city plans to phase-out public transportation from the station. The proposals were elected in a public open call and are presented, among other art works, in Gallery 5470 – a vacant store transformed to a temporary exhibition space inside the CBS.

Part of the works can be also viewed by a set of telescopes placed around strategic locations in the building, each offering a new perspective on reality through a translucent printed layer of 3D-generated vegetation, presenting alternative environments of possible futures. 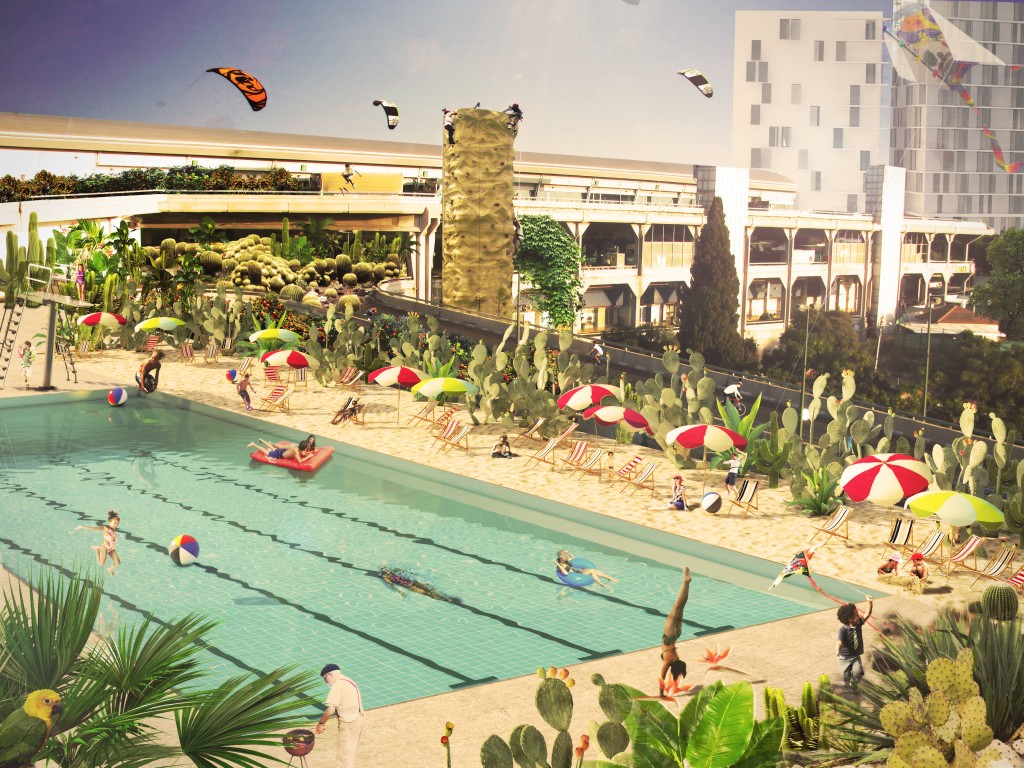 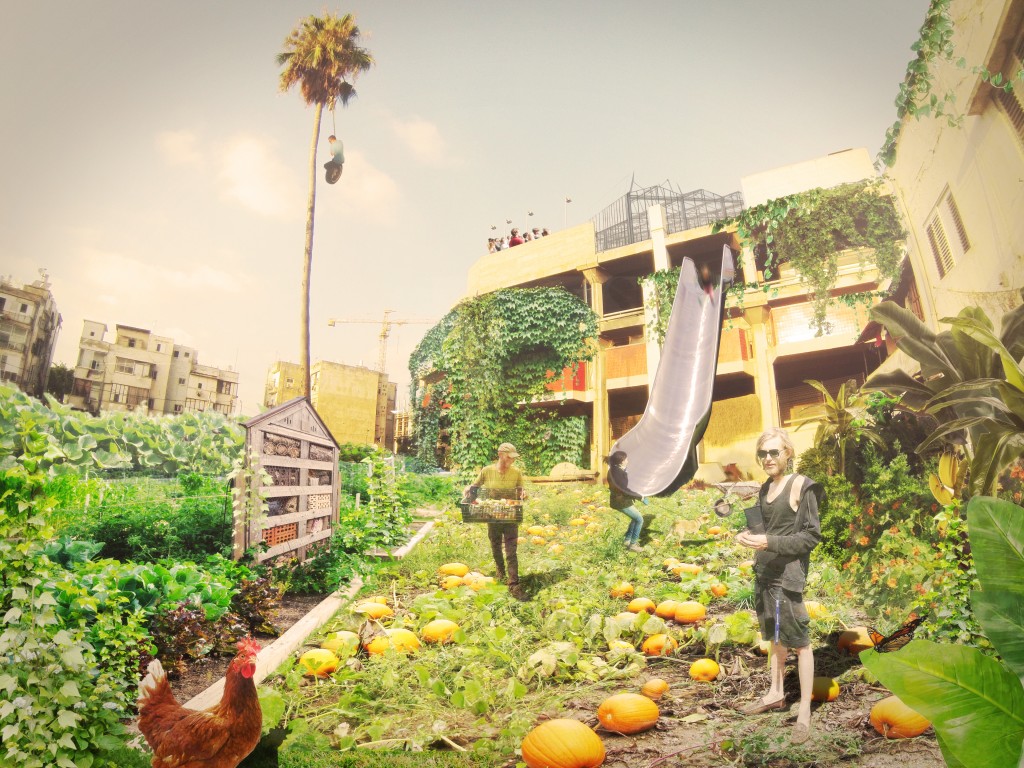 This proposal imagine a time after bus traffic is removed from CBS as planned, and urban renewal programs take effect, the soon-to-be-vacant platforms of CBS could be replaced with positive programs. Gardens and recreation spaces could be invited back into the cleared space. What is now a notorious, polluted, crime-hit mega building, is a potential for vertical park with active public institutes. 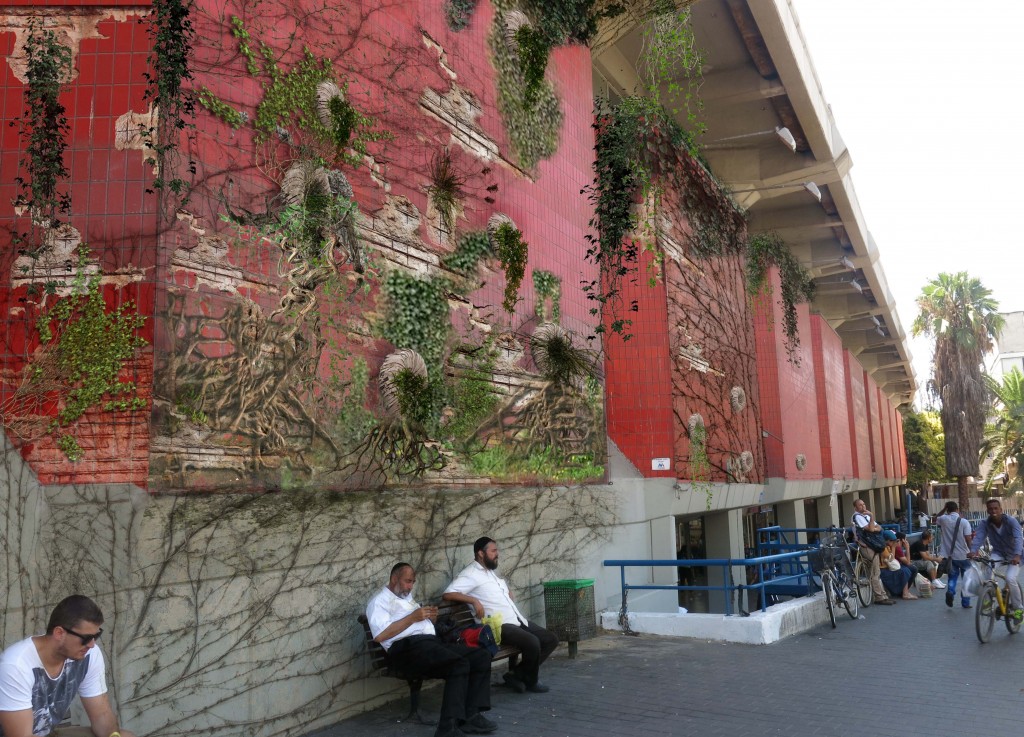 Next Life project exemplifies a partcipatory architecture of disintegration that dwells in the physical and the virtual worlds simultaneously and reflexively. Since the bus terminal cannot be demolished, it is re-built in the virtual world of Minecraft inviting the public to engage with it in any way they wish. Every virtual intervention on the building will have a physical/vegetal presence on site in the form of vegetal insert. The insert will be attached to the exterior walls of the terminal to slowly penetrate the walls and overtake its massive concrete structure.  www.al-arch.com

This vision imagines a future of a productive city, where fields and orchards could create a polycultural ecosystem, which will invite people to take part of the food cycle as an integral part of the public space. Through densification of agriculture within cities, rural land could be freed. Once uncultivated, the newly reclaimed land could be re-distributed for political tranquility. In another scenario, transformation of agricultural lands to natural reserves will allow a return of the once prosperous rich flora and fauna of the Israeli landscape, strengthening biodiversity and wellness of us all.

This project suggest an architectural fantasy transforming the CBS into a private-public farm, where agriculture is both scenic and profitable. Providing public space, from which agriculture may be viewed, enhances its role as a scenic resource. Public spaces are concentrated at the street level, and are accompanied by existing and new public services, shops, cultural venues and a market selling local produce.