Hundreds of square meters of empty advertising surfaces, including these 120cmX180cm florescent lights boxes, are installed on central walls in the station, These remains of the hyper-privatized era of the early 1990’s in Israel, fail to draw advertisers and now pile layers of dust, some broken, some switched off.

Within the lightboxes two series of works now exhibit. 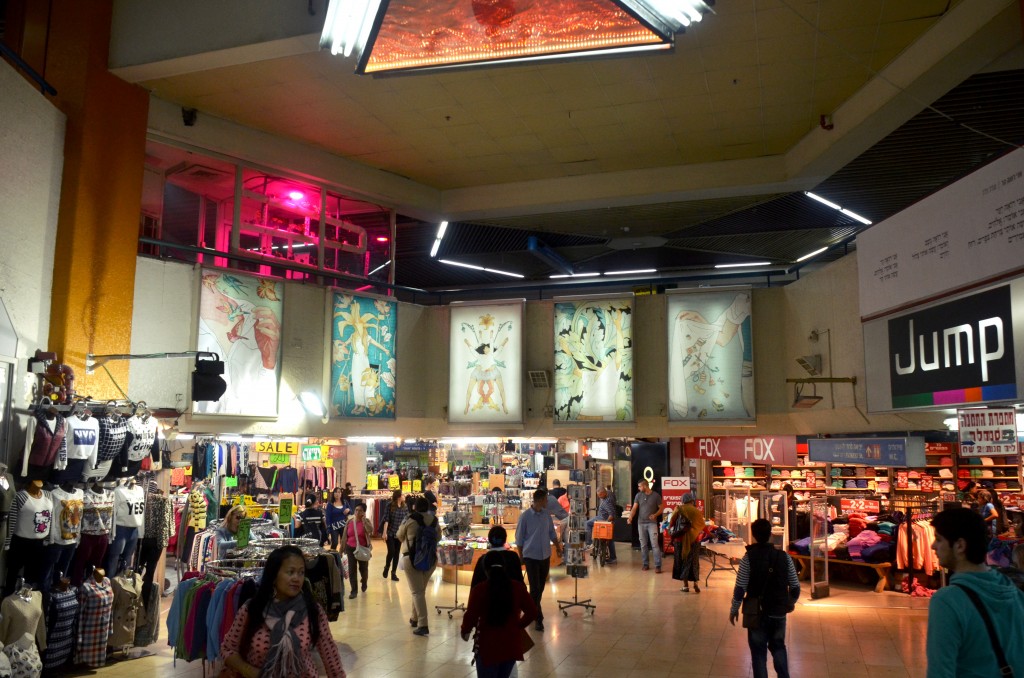 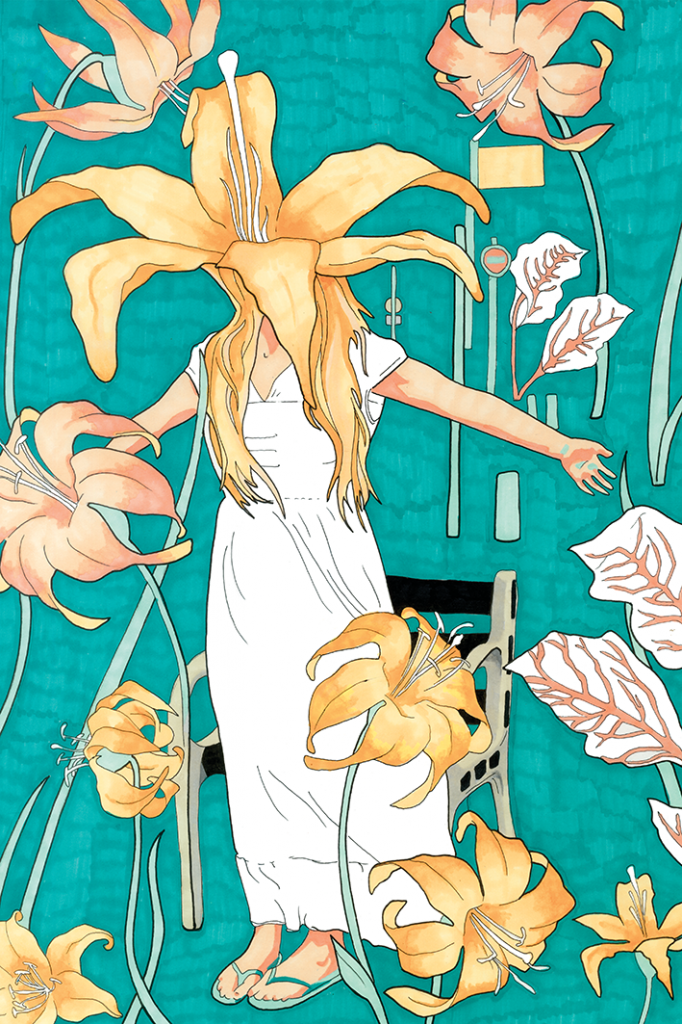 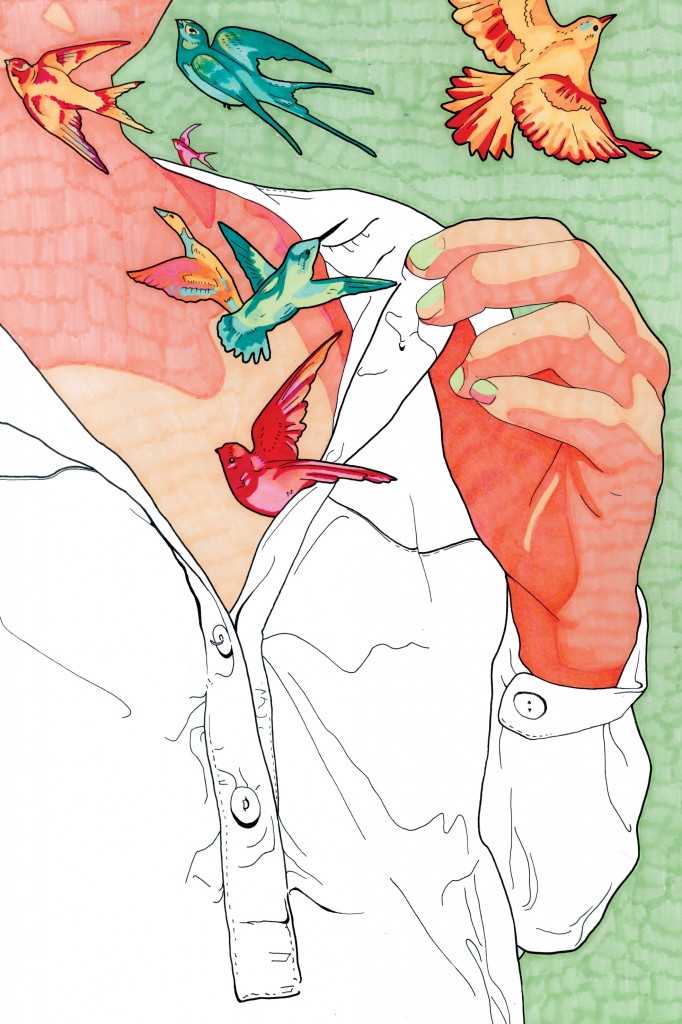 The first, the series of illustrations “Nua”, which means move, or movement, by the illustrator Zohar Winner now exhibit. The artist uses markers to reflect on daydreams. 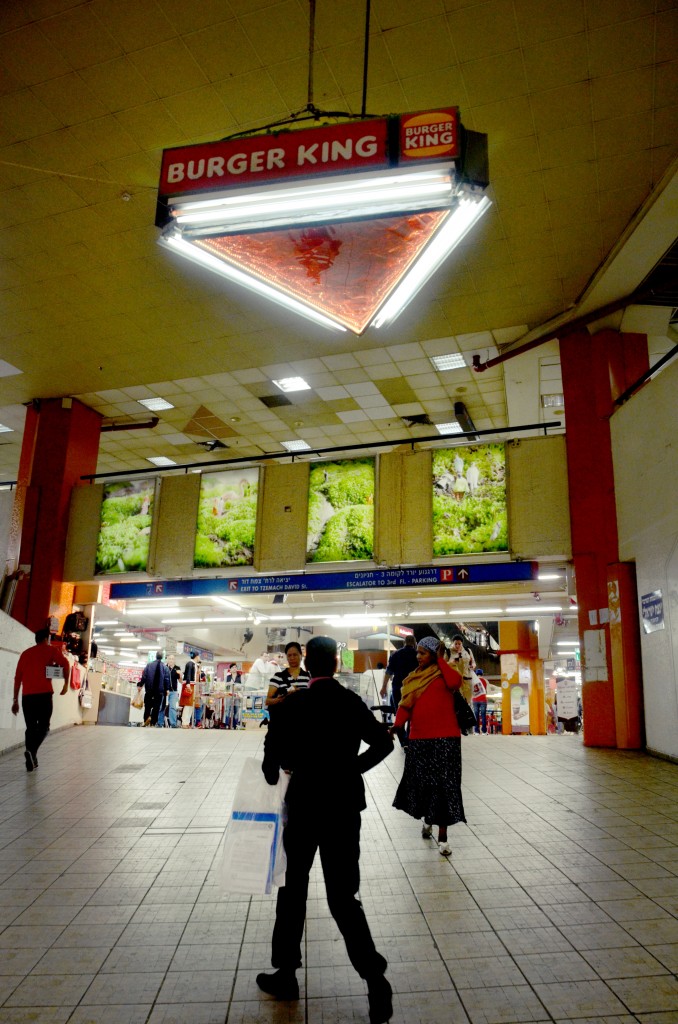 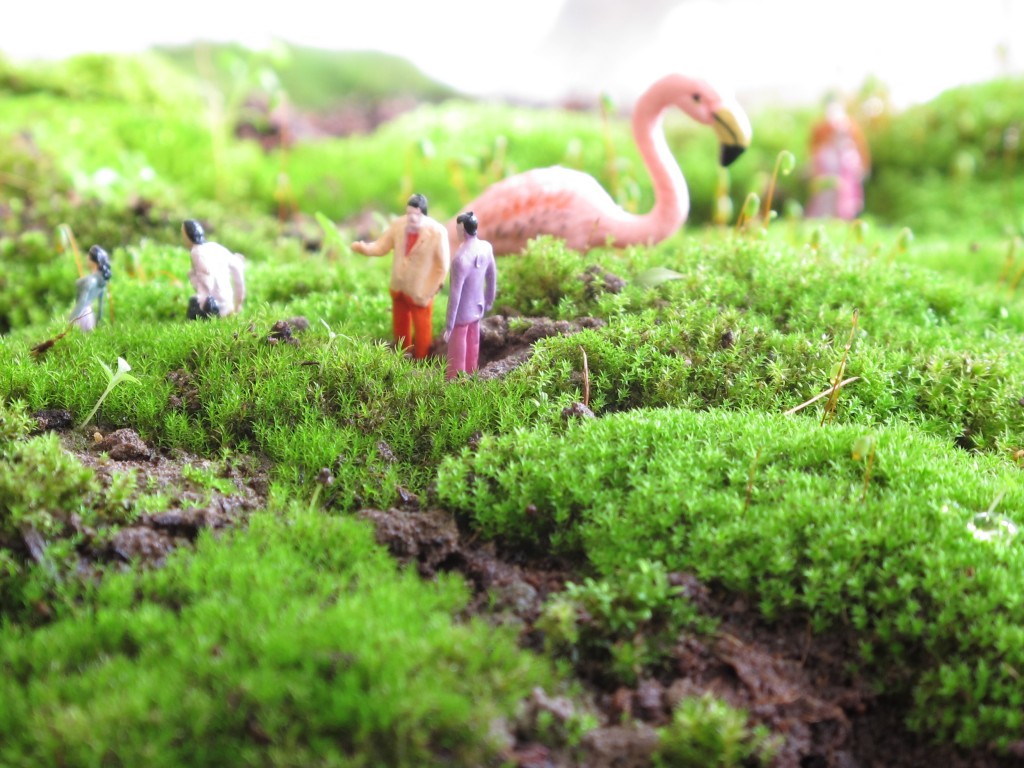 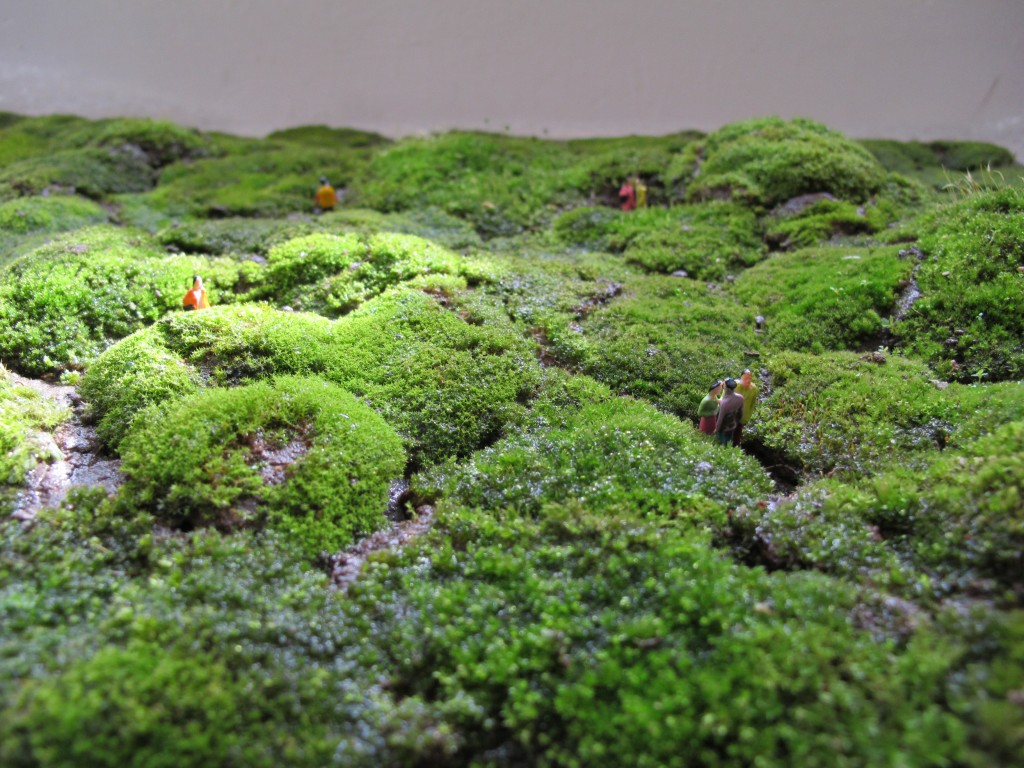 Another series work, by landscape architect and photographer Efrat Hildessheim is MossScape. Hildessheim presents a series of four photographs, apparently documenting a simple nature outing, a weekend in the country, or in different part of the series, a fantastic scene created in nature.  At the second glance, the green is too evenly green, the figures are remarkably similar and frozen, and the proportions between them are impossible in real world.  The pastoral scene is undermined and somewhat disturbing; a closer look reveals that the landscape is moss, and the figures are dolls.

The Third work is the Infinite, by Onya Collective’s Nisan Almog and David Gibbs. Along a route leading from the taxi terminal into the station’s depths one comes across an old sign reading “Burger King” The known franchise has long been closed and relocated, but its name is still hanging forgotten and in disrepair.

Within this sign is installed an endless mirror – an optical illusion now occupying the space between yesterdays future and its bygone past.

Special thanks to Michal Leser who made the first step in bringing the growing moss into the bus station.