more than 600 empty stores are hidden in the streets of CBS. some of these storefronts transformed in to temporary galleries and spaces for exhibitions of artworks. 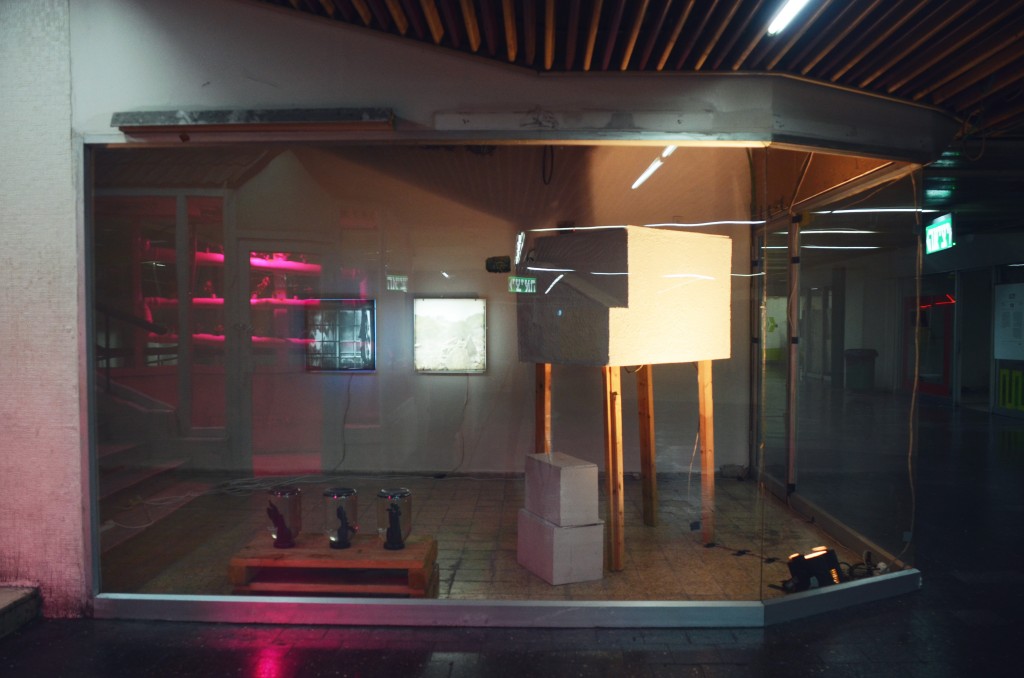 Zaudito Yossef presentes coal monument, works created from an extensive exploring of the coal as a work material. The coal’s past and present fused with inner world that deals with distant childhood memories and the reconstruction of them. The roots of the coal are easy to imagine, but no one will ever find out the exact origin of a specific lump of coal. 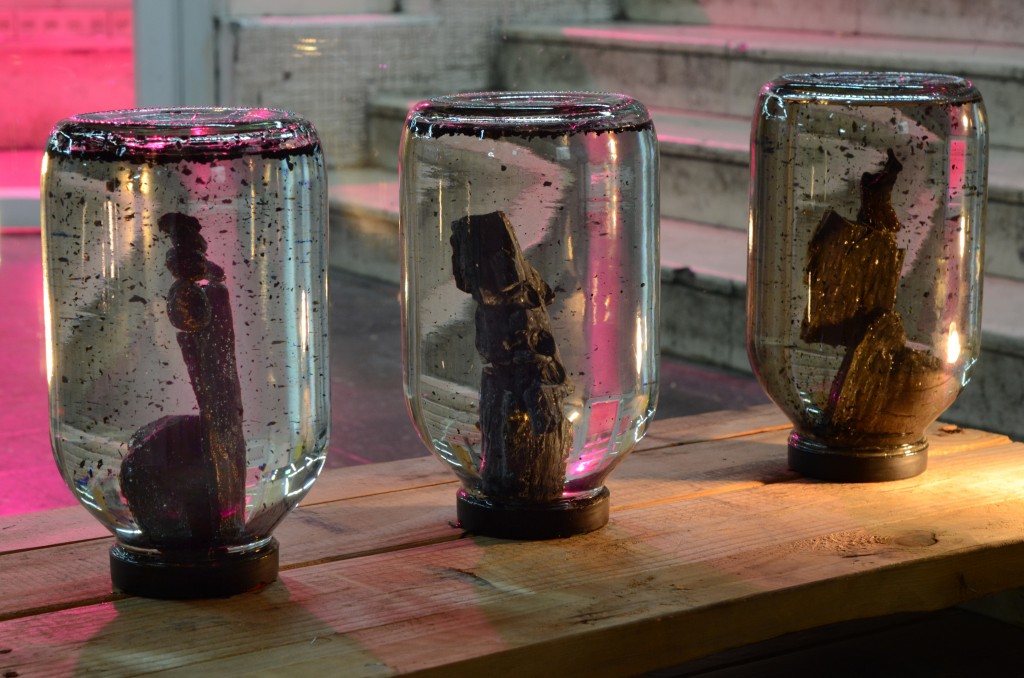 Gianphillipo Pietra presents Still Life expressing the process where the border between reality and the the imaginary world becomes more and more vague on Wood pallets found on the streets, reality is not what the eye sees, reality transforms into what the mind imagines. Based on the intertwining of dreams, the works enable the viewer to participate in a game where reality transforms through art into a more vivid way of being.

Uri Shapira in  Introducing The Quiver Weed and The Yellow Algae Timelapse creates imagery of growth by means of chemical reactions, generated in a room – a “laboratory” – under controlled conditions. these landscapes are exceedingly colorful, however the “growth” brings no relief or tranquility; it is poisonous, threatening and gloomy. Eros and Tantos, growth and procreation in an encounter with death and disintegration. If our world were to be annihilated in one blow, these would be the plants to develop after the disaster.

Hilli Noy‘s Two illustrations representing two life paths that are both separate and complementing. The illustration on the right represents life in village, a solid ground that enables growth, a place the artist defines as a sanctuary of peace and innocence. The illustration on the left refers to a city, afloat, free and independent, and yet at the same time disconnected and cornered.  in the city, one can feel away from his base, but still anticipates going back to everything that the village represents, all that is an element. 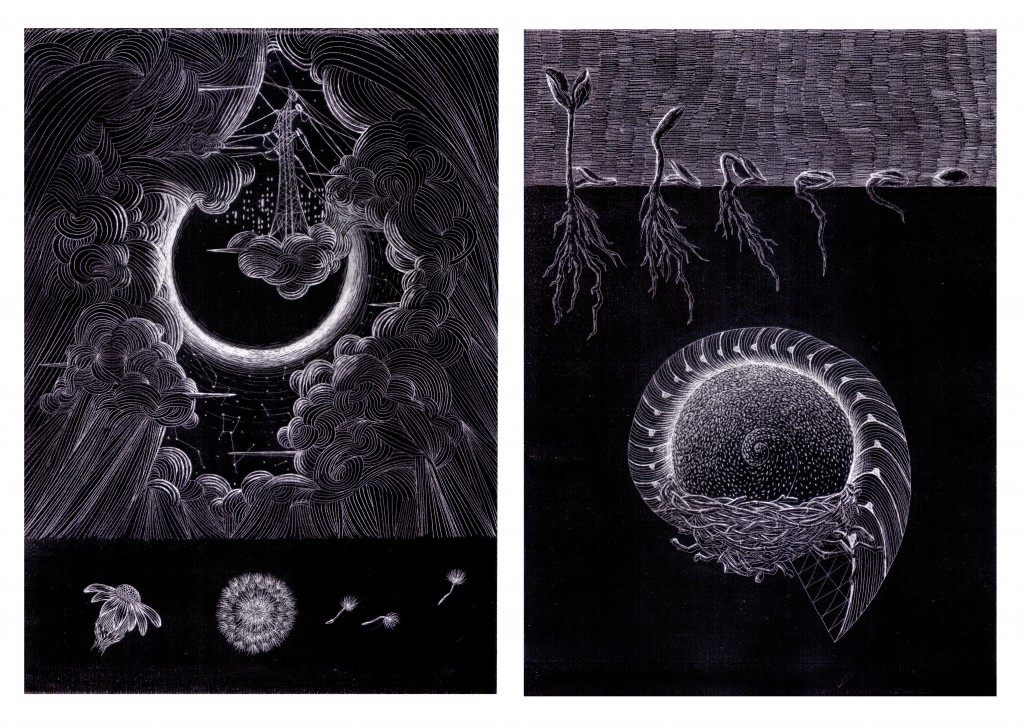 Niv Friedman Gilboa‘s Bomb Shelter explores the attempts to offer the shelters a different function, which is disconnected and sometimes even contradicting to their original meaning by having the option to have a look on its insides. The shelter is a claustrophobic space to which the project tries to give a sense of spaciousness. The contrast deepens when considering its context within the CBS, which holds an atomic bomb shelter within its underground basement. 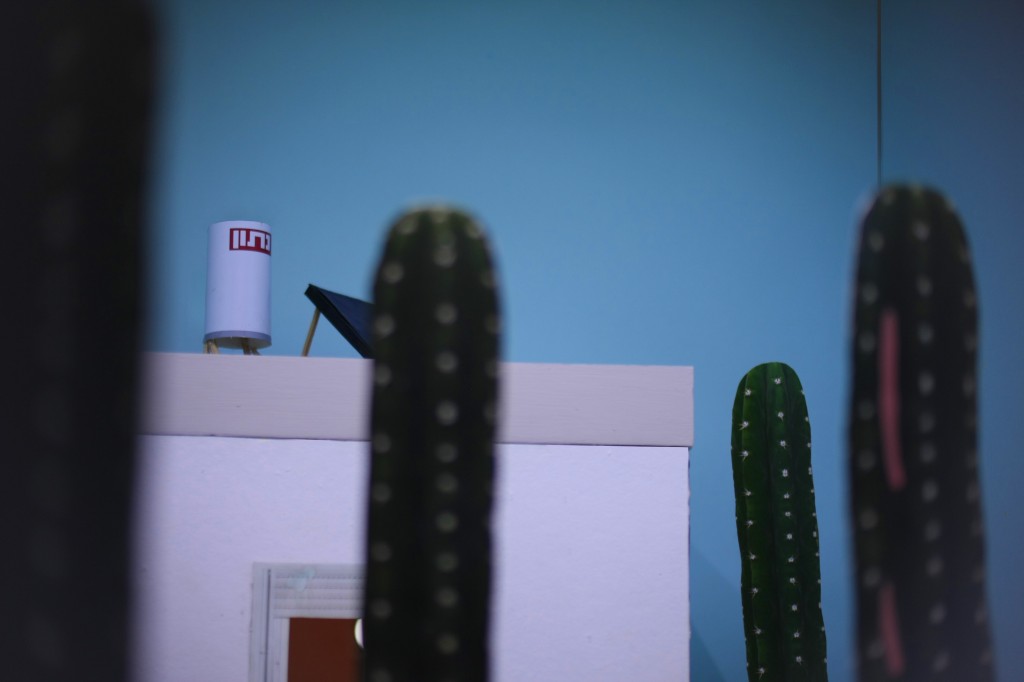 Vered Lily yehezkel’s Neverland took a deserted storefront on the 5th floor of CBS, a small waxed settlement appeared. In the dense man made brutalist atmosphere of the CBS new kind of natural habitat is offered, enabling imaginative settlements to blossom. One of the ways of coming closer to our nature can be more easily explained with the meaning of the word ‘Gezellingheid’ a Dutch abstract noun (adjective form gezellig) which, depending on context, can be translated as convivial, cozy, fun, quaint and nice atmosphere, but can also connote belonging, time spent with loved ones, the fact of seeing a friend after a long absence, or general togetherness. The “Gezellingheid” can be a form of art, allowing us to get closer to nature. 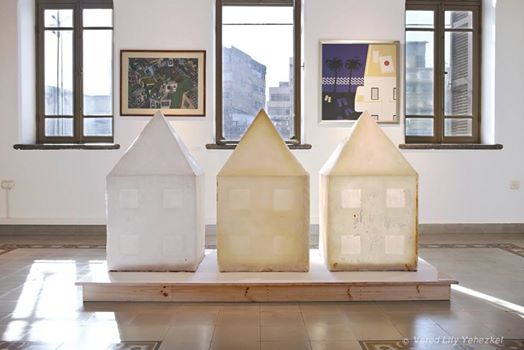