Agro Poetics is a challenge on poets to write in the language of nature itself. It is perhaps the least adequate of all arts for that task because it consists of words, and words are human creations, they are a tool to put order in the world, to limit the world into communicable pre-set codes, which are in their essence non-natural, but man-made.

We have an inherent belief, or perhaps wish, that everything in the world speaks a certain language. that there is a meaning to the sound of a flowing river or a root pushing another millimeter deeper into the ground. 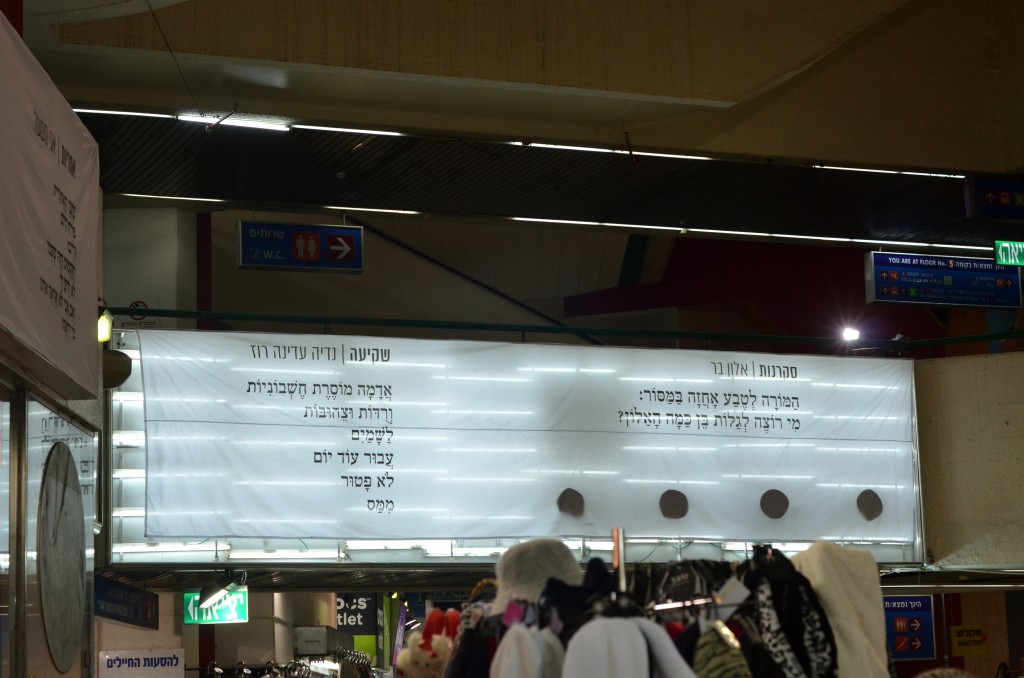 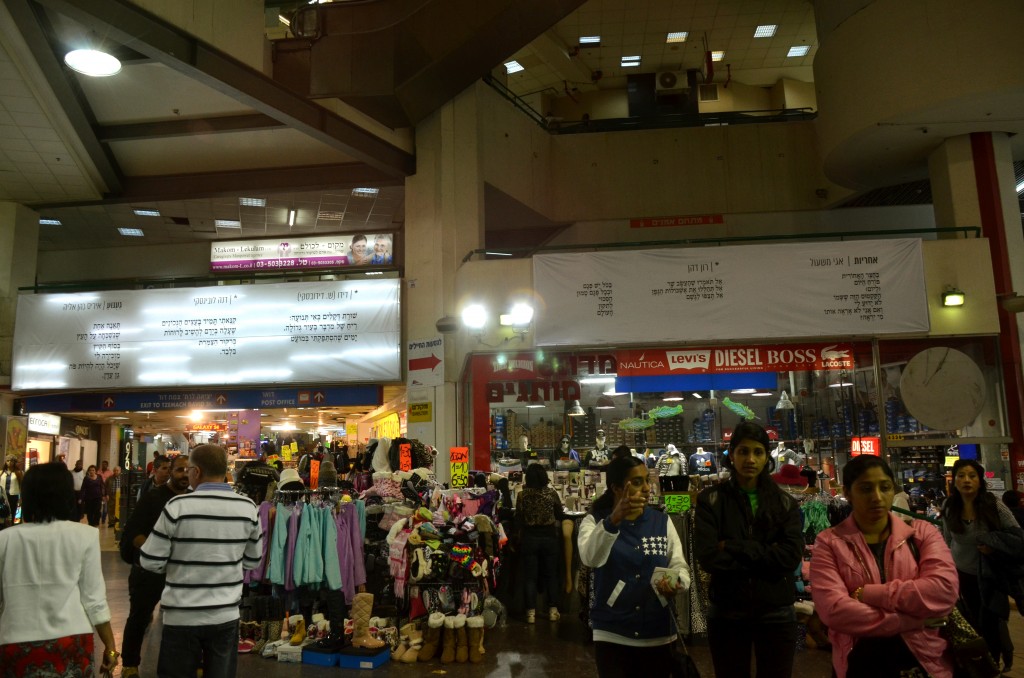 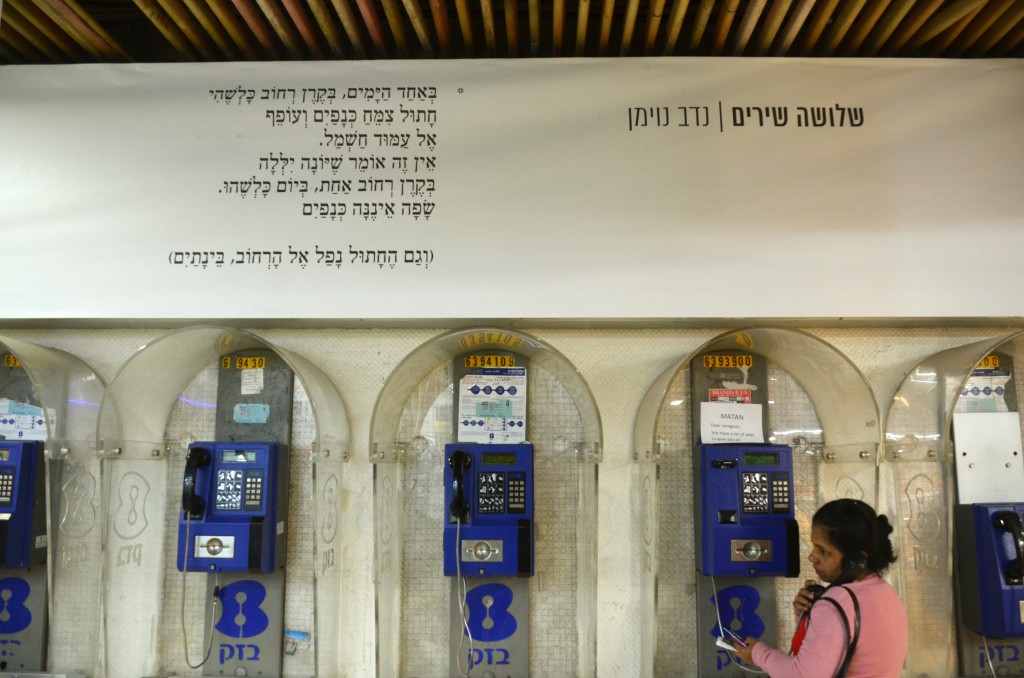 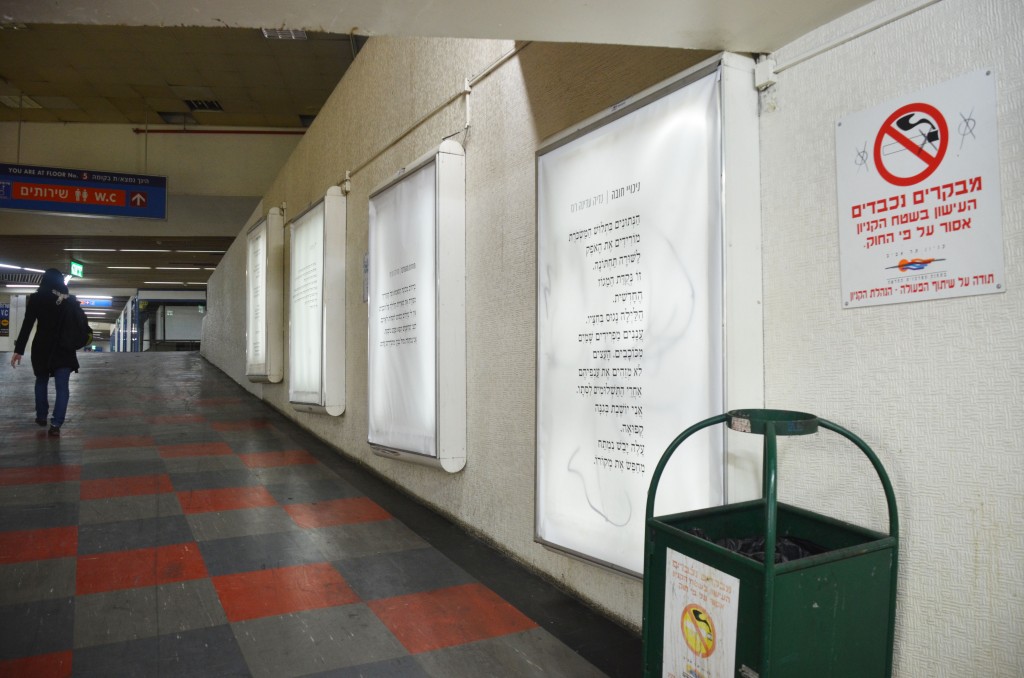 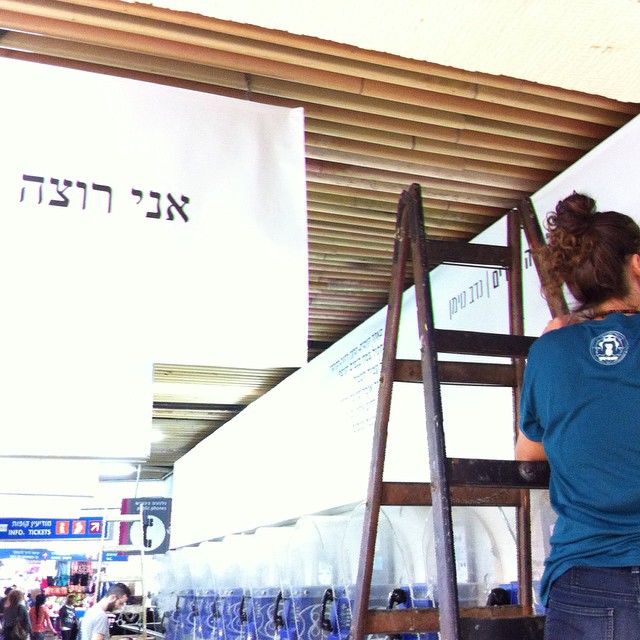 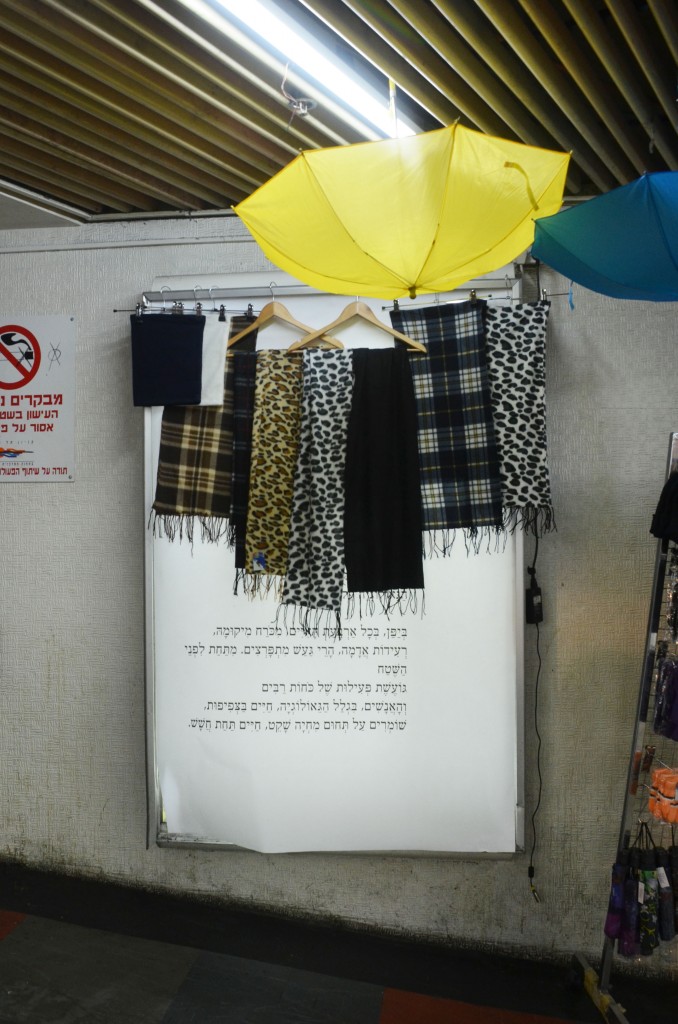 In agro poetics, local poets were invited to submit 5 poems that describe the relation between humans and the environment, the city, nature and their interactions. 69 poets submitted poems and 20 were chosen by a poets Tehila Hakimi and Alon bar, and Architects Liat Etgar-Brix and Robert Ungar. Printed largely, they were hanged around the busiest paths within the station on unused advertisement spaces, dusty from years of low commercial value and catching the eyes of thousands daily. The gentle words project the backlight with black on white print, to contrast the colourful and visually noisy spaces. 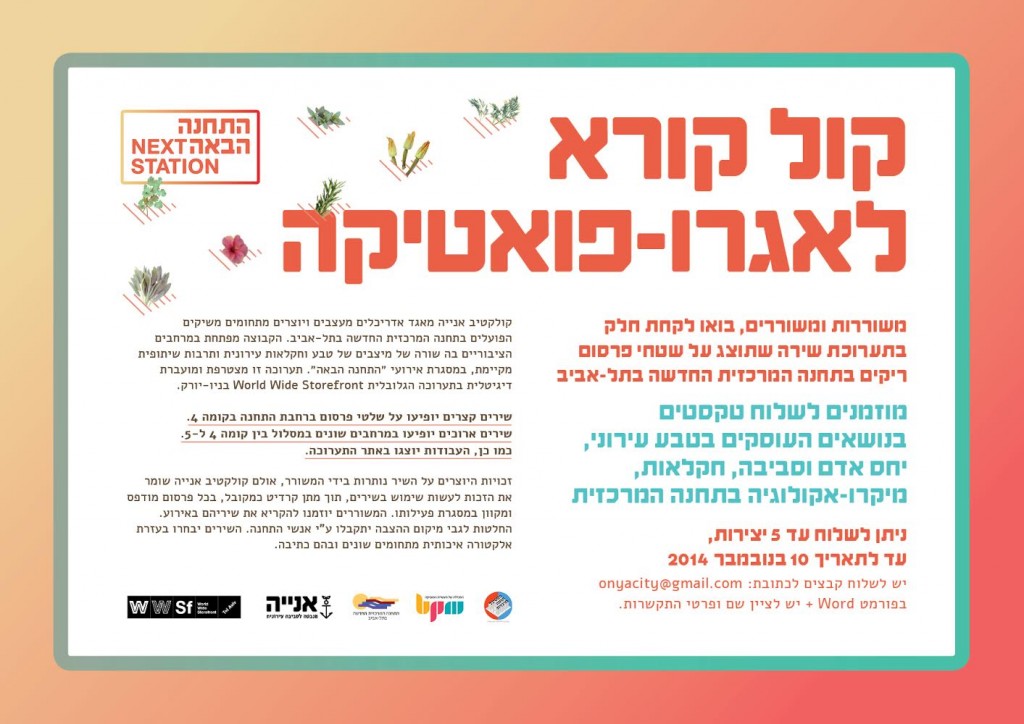 In the opening night of the exhibition, poems were read in the central bus station’s emergency announcement system with the soft voice of Orly Rabinian surprising random people on their way home. 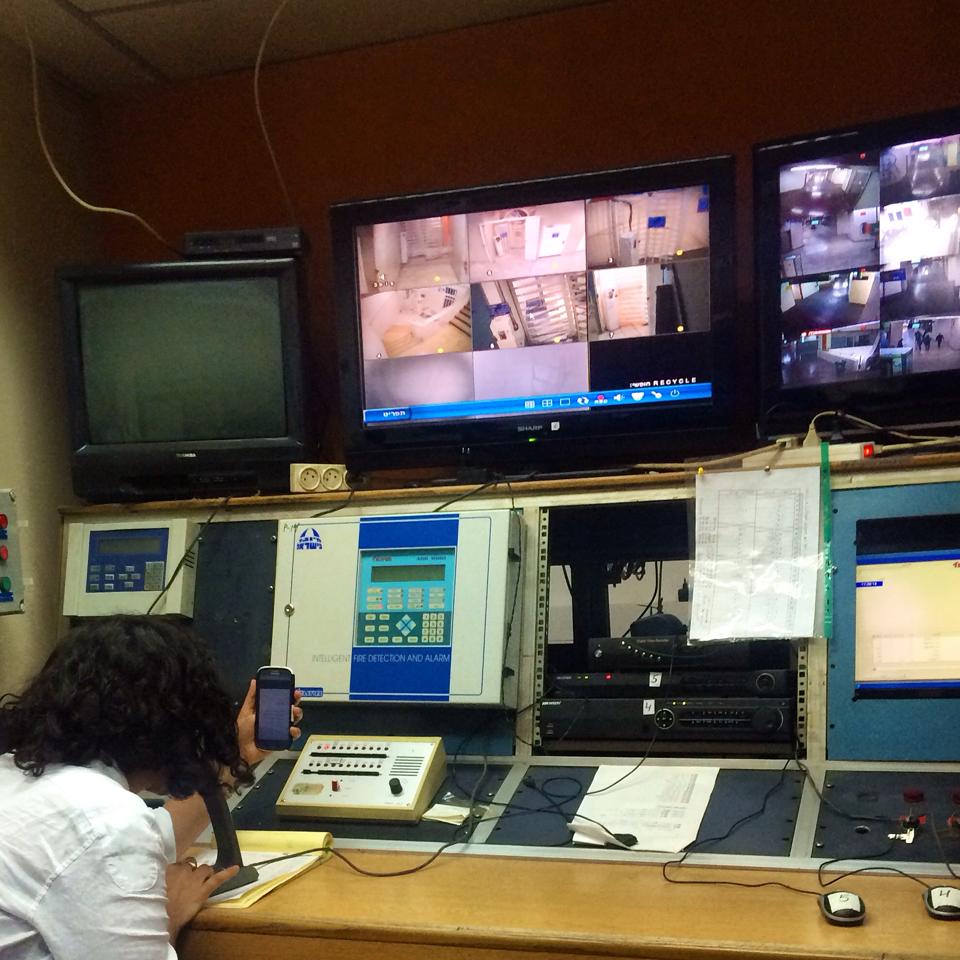 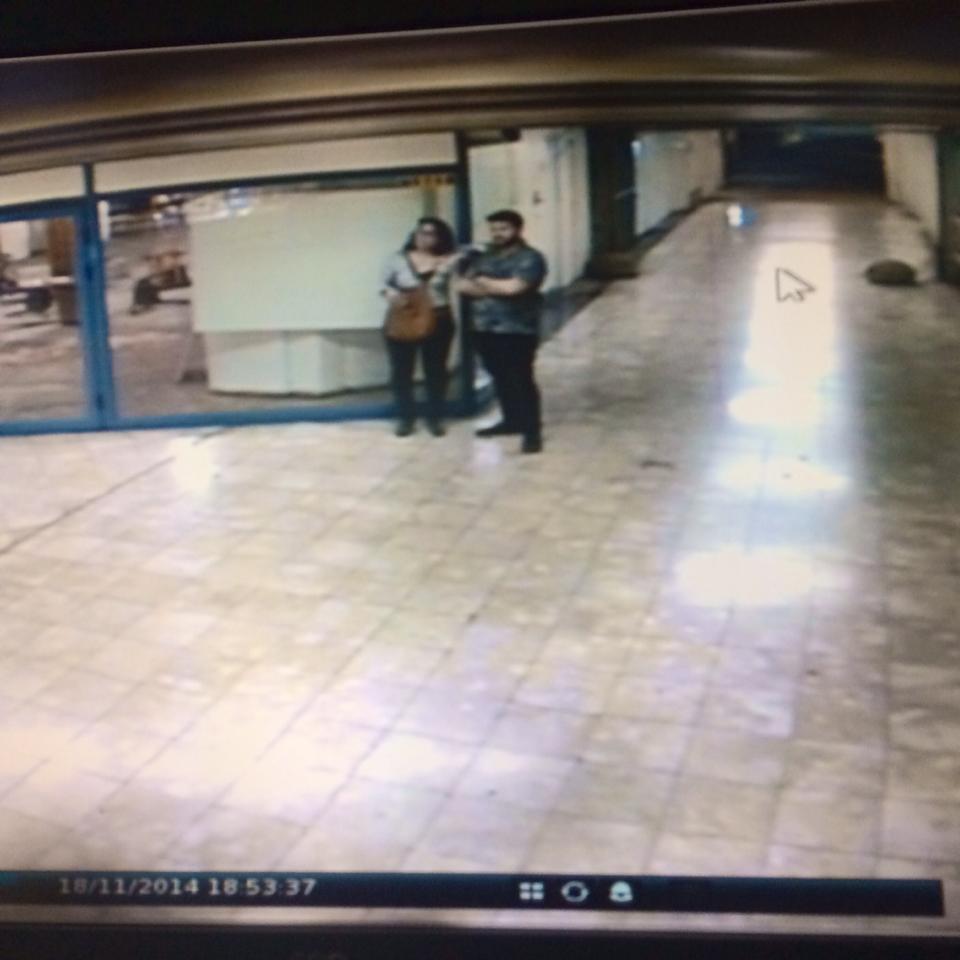 Unfortunately, the poems could not be translated to English or published online due to copyright issues but be sure – they are touching, witty and critical at times, bringing soft cultural messages in places where people least expect it.